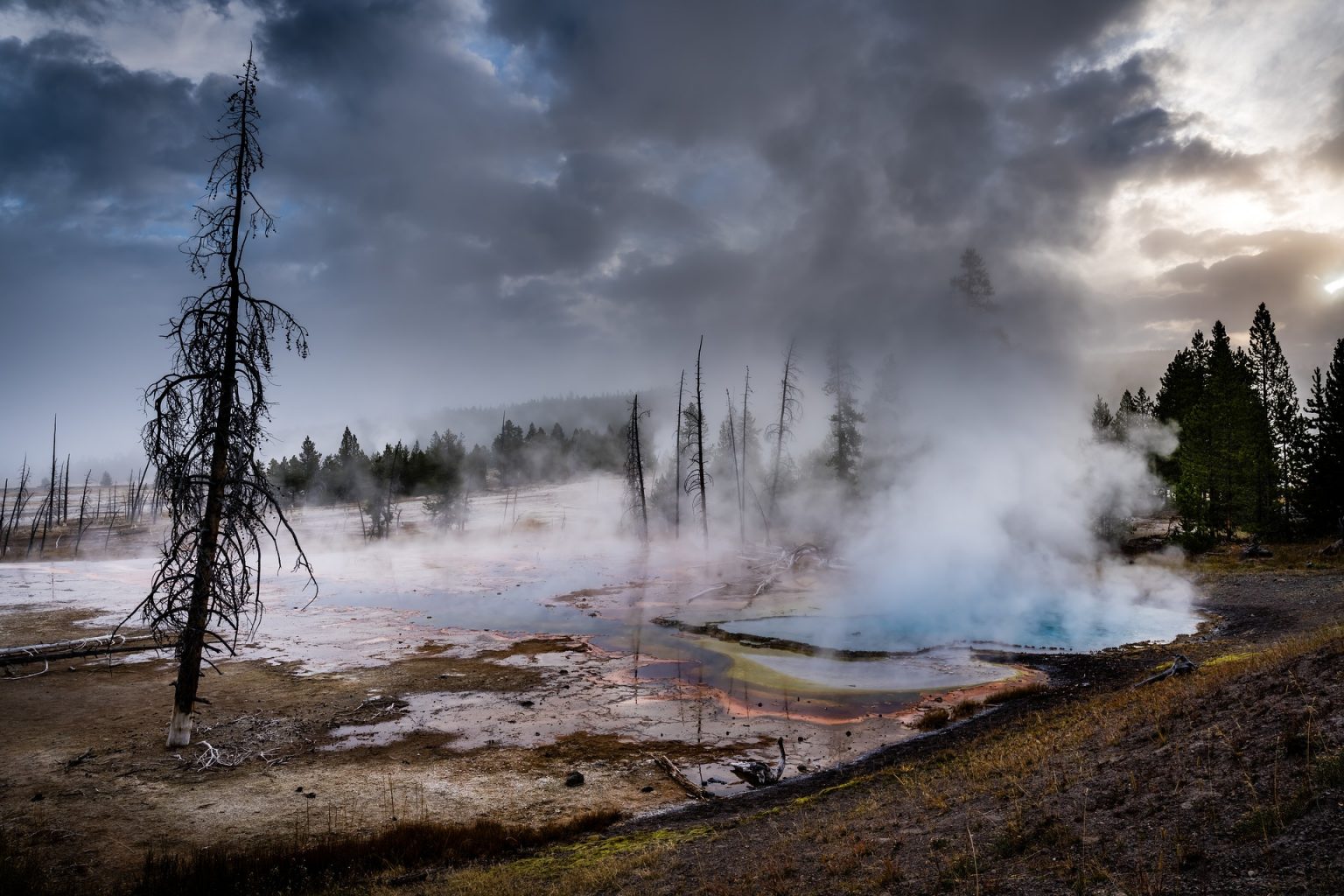 Woman Burned in Yellowstone Hot Spring Attempting to Save Dog

How far would you go to save the life of your dog? It’s not a happy question to ask, nor is it one that you could probably formulate an answer to right away. What we think we might do versus what we actually do are two drastically different scenarios. It’s also one that Laiha Slayton found herself in on October 4th, 2021, while she was visiting Yellowstone National Park with her family.

One of the primary things that Yellowstone is known for is the geothermic activity there which has created a number of geysers and hot springs. Chief amongst these well known natural phenomena is Old Faithful, a geyser named as such due to its consistent eruption pattern. The water that it ejects can be as hot as 204* Fahrenheit, with the steam that accompanies it being even hotter, surpassing 350 degrees. The geothermal hot springs may not erupt like the geysers do, but the temperatures in them can be just as scalding.

This is why there are warnings to not leave the walking paths that are marked for visitors to the park. However, Laiha’s dog is obviously not going to necessarily obey those rules and hence we have the tragic circumstances that unfolded after he got burned. The puppy somehow encountered some of the superheated water and started to panic. According to Laiha’s sister, Kamilla, in the dog’s agitated state, it fell into the hot spring. Laiha dove in to attempt to save him. So the question about, how far would you go to save the life of your dog, suddenly becomes all too apparent.

One might say that no animal is worth losing your life over. Another might say that a pet is like any other member of the family and you do what you have to do to save them. One could also argue that any dog that falls into a hot spring of that temperature has already met its fate, but would someone not familiar with the temperature of the hot spring know that? Would they even be thinking of the temperature or just acting on an instinctual need to save their loved one?

Ultimately, Laiha tried to save the dog by diving in. Her father following behind, managed to pull her out along with the dog. Sadly, the dog did not survive the events. Laiha, as of the time of this writing, is fighting to survive against a mixture of 2nd and 3rd degree burns. Just to put this in perspective, according to the United States Government’s Consumer Product Safety Commission, water that is 120 degrees Fahrenheit can cause 3rd degree burns if exposed to it for five minutes at a time. When that temperature is increased to 150, those same burns can result from two seconds of exposure. As a reminder, the water in those hot springs was approximately 200 degrees; though Kamilla stated that it was around 190. Either way, more than enough to cause near instantaneous burns of a 3rd degree.

On the GoFundMe page that Kamilla and her family started reports that while her sister is in a medically induced coma, Laiha’s condition is improving thanks to cadaver skin grafts they’ve been using to replace the burned tissue.

Laiha is not the only person to fall victim to the dangers of the hot waters of Yellowstone Park. A number of deaths have happened over the years, some from children who slipped away from their parents, others from wanting to take pictures and accidentally falling into an area where the scalding water claimed their lives.

It is our sincerest hope and desire to see Laiha pull through this ordeal and fully recover to every extent that she can. Furthermore, we also don’t want to hear about things like this happening to any other visitor of the park. So please, if you’re going to visit an area such as Yellowstone, take every precaution you can; stay on the paths, watch your kids and animals, and know the dangers of nature that hide behind its wonder and beauty.