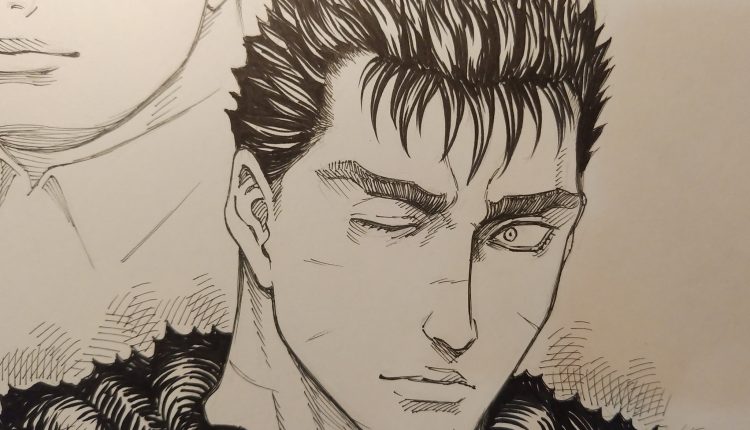 When artist and writer behind long running manga “Berserk” Kentaro Miura passed away, the world lost one of its chief talents in the medium. A talented artist since his youngest days, Miura was an inspiration to creatives the world over. His influence on fantasy, horror, and sci-fi will surely be felt for years to come.

One of those deeply affected by Miura’s life is mangaka Kouji Mori, creator of “Holyland” and “Destroy and Revolution.” Mori and his wife had been close friends with Miura for years. The two creatives met in high school, and would remain lifelong friends. Constantly supporting each other’s work, the two would consult each other on story and direction, and even planned to travel the world together when Miura finally completed the life’s work that was “Berserk”.

While sadly the end of Guts and his companion’s tale could not be completed in Miura’s lifetime, the love and appreciation for both the man and the story he created lives on. With the recent publication of the final chapter of “Berserk” that Miura completed, the publication “Young Animal” transformed the issue into a memorial for the creator.

Letters from fans and friends were featured, alongside looks back at fan-favorite moments of the long running manga.

For the memorial issue, Mori provided an original manga story. A simple tale of the friendship the two shared for so long, entitled “Mori-chan Ken-chan.” It’s unknown whether the story will be officially translated into English soon, but Mori expressed a hope that in the future he would be able to expand the single short story into a larger piece of work to better reflect upon his long friendship with Miura.