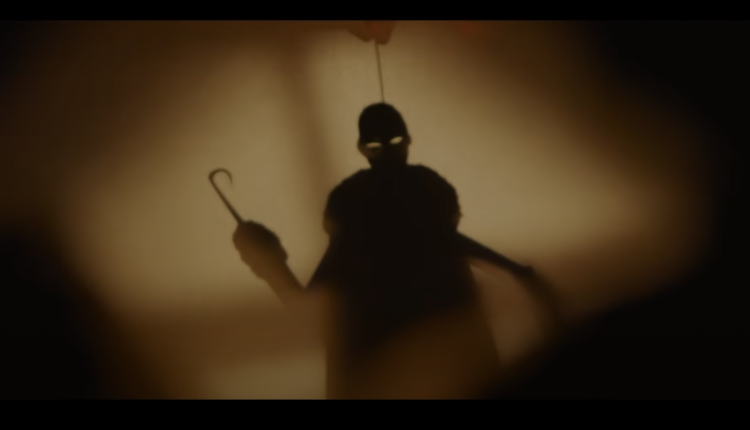 Well, here’s yet another challenge I won’t be taking part in. In a final marketing push, the new direct sequel “Candyman” is giving fans one last trailer, but only for those who are brave enough to access it. Fans must go to IDareYou.CandymanMovie.com and say his name 5 times into their computer microphone or phone speaker. This will “summon” an exclusive final trailer that fans can then save and share their experience. First we tried walking on crates, now we’re out trying to summon Candyman to watch a trailer.

That’s gonna be a know for me, but fans eagerly awaiting the new “Candyman” can take part in an immersive experience through this site. The new trailer for “Candyman” doesn’t reveal too much that hasn’t already been shown, as it reuses a lot of footage from earlier released trailers and doesn’t include too much that hasn’t been shown already. However, fans being able to engage in a unique experience like summoning the trailer through “Candyman’s” own legend is a pretty clever way to involve fans and is probably worth it. You know, for those with more bravery than myself. I don’t need to be summoning shit, even if it’s just a trailer. If you’re going to do it, make sure there are no mirrors around when you say his name five times. You know, just to be safe.

So, for those of you willing to spread the creepiness as “Candyman” looms closer to hitting theaters, here’s your chance! “Candyman” is set to release in theaters this Friday, August 27th. It written by horror favorite Jordan Peele along with Win Rosenfield and also director Nia DaCosta. The film is a direct sequel to 1992’s “Candyman,” and stars Yahya Abdul-Mateen II, Teyonah Parris, and returning legend himself, Tony Todd.

You can watch the trailer for “Candyman” below.

“Nightmare of the Wolf” is a Bloody Anime Witcher Adventure [Review]