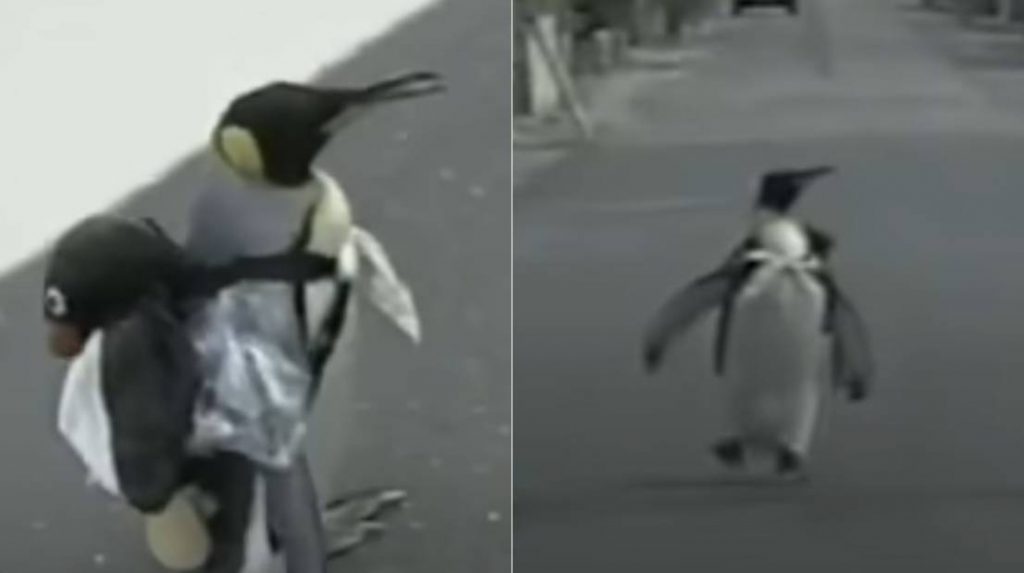 In the 90s, there were a LOT of animal-focused stories not only in fictional media, but also in the news. It was due in part to parents watching with their kids, but also because these types of stories make for a good amount of viewers. What’s resurfaced now is REAL TV’s coverage of LaLa the emperor penguin’s Japan trip. And it’s something that we’ll enjoy watching all over again. Because ya’ know what? I probably watched this live back in the day. It’s exactly the kind of thing that grabs my attention.

The story goes that Lala was caught in a fisherman’s net with an injured beak and wing. A fisherman found LaLa, and kept him safe on the boat with him. When he returned to dock, the fisherman took the penguin to the Nishimoto family, who took care of his injuries and nursed him back to health. Because the penguin became used to life on land with the Nishimoto family they couldn’t let him go. He became a part of the family and they even built him his very own room and included a very strong air conditioner!

Until his death in 1998, the Nishimoto family took care of the penguin. They would pack him up with a penguin backpack and send him on his way. He would regularly make trips to the local fish market and neighbors would cool him off with a garden hose. Penguins live up to 20 years, and he was already around 10 when they found him. So he lived a good long life before he passed.

Watch the video below and travel back in time to the 90s.