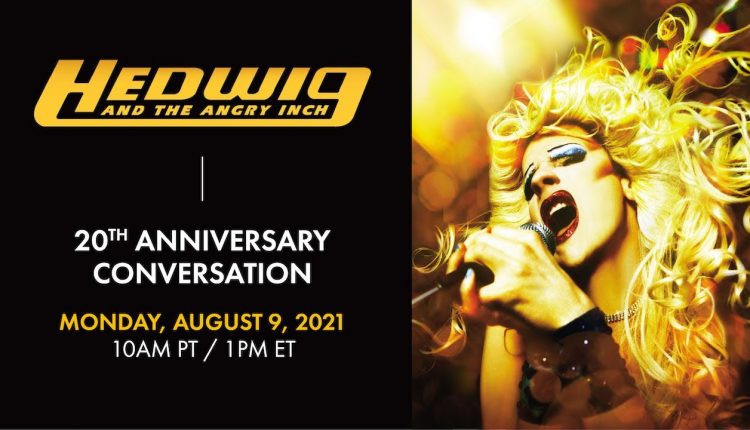 Watch: Celebrating 20 Years of “Hedwig and the Angry Inch” With Cast

We are HUGE Hed-heads here at Nerdbot, and that means this celebration of the 20th anniversary of John Cameron Mitchell‘s “Hedwig and the Angry Inch” is something important to us. Mentioned alongside iconic musicals turned into cult classic movies like “Rocky Horror Picture Show,” “Tommy,” and “Little Shop Of Horrors,” “Hedwig” remains a beloved chapter in the art form.

Originally developed as an off Broadway cabaret show in 1998, the tale of a slip of a girly boy from communist East Berlin’s journey from Hansel to Hedwig has some of the best one-liners, songs, and wigs out there. With such troubadours as Mitchell and Steven Trask behind it, it is a master class in unique storytelling and incredible music.

In 2001, “Hedwig” came to film, introducing a much wider audience to such wonderful songs as “Wig in a Box,” “Wicked Little Town,” “Midnight Radio,” and “The Origin of Love.”

It wouldn’t be until 2014 that a true Broadway revival starring Neil Patrick Harris as Hedwig and Lena Hall as Yhitzak that our first lady of sarcasm and rock really got her public dues- 8 Tony Award nominations and 4 wins (for Harris, Hall, best lighting design for Kevin Adams, and best revival of a musical). Following Harris’ departure from the Great White Way, he was followed by Andrew Rannells, Michael C Hall, John Cameron Mitchell, Darren Criss, and Taye Diggs. (Technically, Lena Hall as well, as she took on the role of Hedwig during the touring production).

I was lucky enough to see both Harris and Mitchell on Broadway, which was as close to a religious experience as one can have in this day and age.

The event kicks off at 10am (PST), you can watch for free on Youtube.

“Hedwig and the Angry Inch” is available on Blu-ray from the Criterion Collection here.

All 7 Seasons of “The Venture Bros.” Coming to HBO Max!