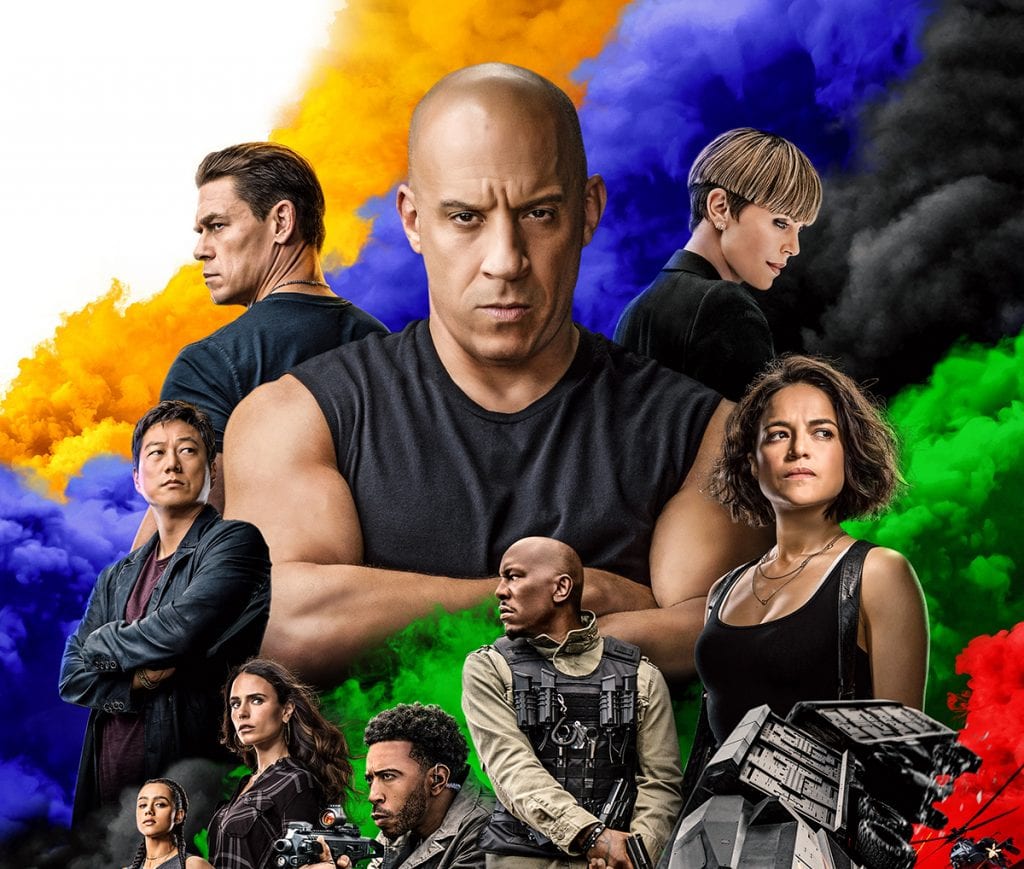 “F9: The Fast Saga” continues the not-infrequent trend of paint-by-numbers summer blockbusters. Their studios throw out any pretense of substance, or even moderately competent storytelling. Nay, any storytelling craft isn’t thrown out the window, it’s more like it is being dragged into a back alley and stabbed in the throat by a broken beer bottle.

Sure, the “Fast & Furious” franchise has never been particularly deep on character development, with most of the character journey’s summarized by Dominic Toretto (played by Vin Diesel) constantly muttering about “family.” It did at one point have at least had some kind of coherent story logic and cars were based at least in part in reality. Any hero’s car In the franchise at this point is less realistic than a literal rainbow-pooping unicorn. It makes the worst of the transgressions of the James Bond franchise seem like a rounding error.

From characters that have no emotional connection to each other, and keep pivoting around their alliances based on keeping the story going rather than for any believable reason. Car chases where vehicles get crunched on a dime when one of the bad guys is driving, but if Dom or Letty (played by Michelle Rodriguez) are in the car, they would give Bumblebee a run for his money for indestructibility.

There’s a moment where two “normal” sized cars put the pinch on an armored semi-truck mutant thing, and they wind up flipping the truck. It’s such a preposterous moment that viewers are as likely to laugh at the moment as laugh with it. There’s prolific use of vehicular-carried super-magnets pulling things around them. It never bothers to consider that the magnets would as readily pull the magnets towards the metal objects. We won’t even talk about a space-faring Pontiac Fiero or my facial tic will kick in.

There is nothing wrong with having a whimsical adventure, “Jason Bourne“, “John Wick“, and even the aforementioned “James Bond,” are all series that have their heroes take a bewildering amount of damage and make it through car chases that have little basis in reality. However F9 takes things to a level so far beyond the pale that one starts to think whimsically back to the days of “F8: The Fate of the Furious,” when playing chicken with a Russian nuclear submarine seemed like it was stretching things.

From watching a car doing an impersonation of Tarzan swinging along to an automotive trip into space, a lot could have been forgiven if there had been any sense of either heart or joy in any of this endeavor, but it has a distinct feeling of going through the motions. Diesel plays Dom as if he was in a Martin Scorsese film, so the tone just feels tired and played out. Without any sense of fun, it’s hard to just go along for the ride.

“F9″ is rated PG-13. It is still playing in theaters, and also available via VOD across various platforms.