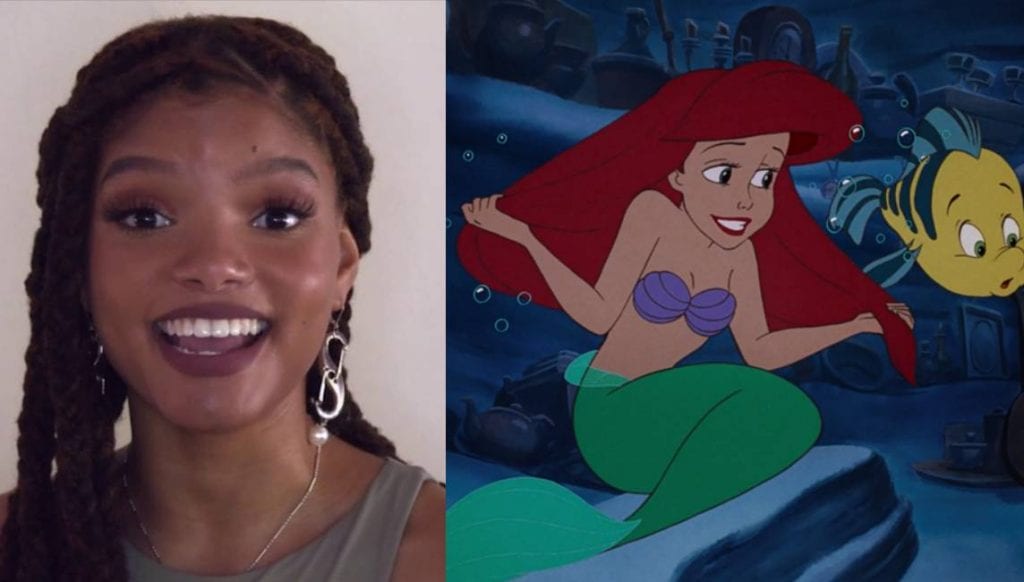 We’ve all been waiting to see where Disney’s live-action “The Little Mermaid” would take us. Would they sweep us off our feet like they did with “Beauty and the Beast?” Would it be just as magical as “Aladdin?” Well, I can’t answer those questions yet but from this first look given to us by “Little Mermaid” star Halle Bailey it appears we’re in for a beautiful movie.

After having to deal with a pandemic during filming they’ve finally wrapped on set. Bailey posted to her Instagram that through the trials and tribulations it was all so very worth it.

“It has been the toughest experience being away from everything and everyone I’ve ever known, to feeling self doubt/ loneliness, but also feeling such freedom and perseverance as I’ve reached the end. this experience has made me so much stronger than I ever thought I could be. I’m so grateful to have such lovely and talented people in the cast…“

While some people were not pleased with the casting decisions Disney made with this film, others are very excited. I’m really looking forward to what they do with this movie. So far for their live action films they’ve just gotten better and better. If “Cruella” was any indication of what we can expect from their films going forward, this next one is sure to be a treat.

So far Disney has not announced a premiere date for the film but we’re expecting that announcement soon. Most likely we’re eyeing a date in 2022.