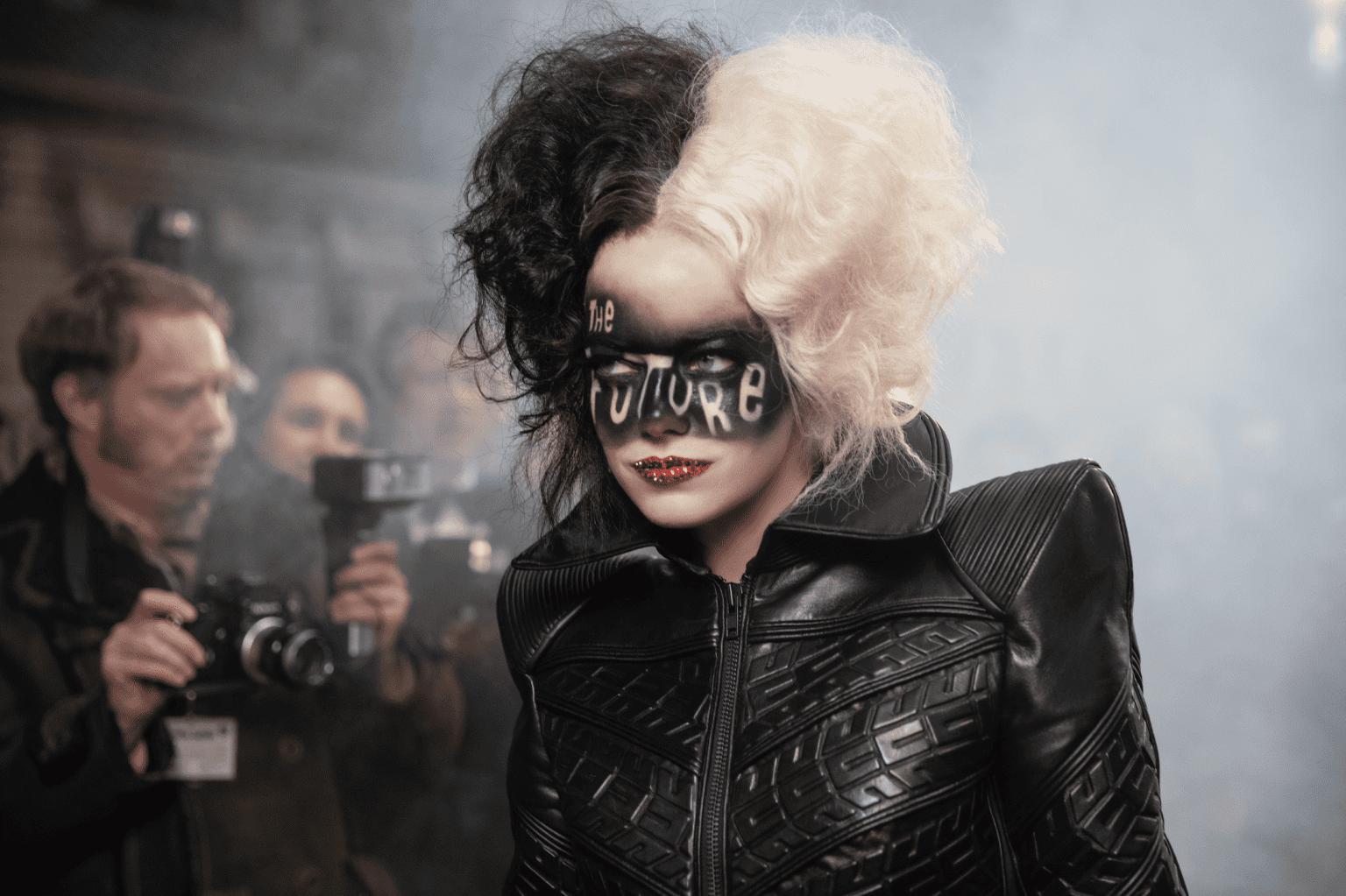 Disney’s “Cruella” was not a film I personally wanted. How can you improve on Glenn Close‘s perfection, bringing the madwoman to life? Well, you bring in “I, Tonya” helmer Craig Gillespie, cast the two magical Emmas (Emma Stone and Emma Thompson), and tell a tale of Vivienne Westwood vs the fashion establishment in London circa the 1970s. Toss in some killer needle drops, this film was ABSOLUTELY a delight.

When that second trailer hit, I knew I had been wrong about not wanting such a project. The styling alone was enough to set my heart aflutter. Borrowing silhouettes from Dior and Givenchy to clothe the Baroness (Thompson), and reimagining Westwood’s iconic regal punk flair, I cannot say enough about Oscar winner Jenny Beaven‘s (“Mad Max: Fury Road“) wardrobe and costumes. Absolutely top notch, and if the team doesn’t get award recognition for these designs, there is no justice.

This is not the story of a crazed woman who kidnaps, murders, and skins puppies to make a coat. This is also not a straight retelling of the classic animated “101 Dalmations.” That said, there are several nods fans will notice, from characters to story elements, to iconic scenes recreated for this flick.

“Cruella” is more like the children’s book “The True Story of the 3 Little Pigs,” told from the point of view of the wolf. Not exactly to make you feel sorry for someone who cannot escape their nature, but more to explain why that nature is as vicious and as understandable.

We don’t want to spoil all the twists and turns of the film, so suffice it to say you will be surprised.

I WILL reveal that mt absolute favorite moment is the gonzo fashion show that takes place at the fountain, with a marvelous cover of The Stooges’ classic “I Wanna Be Your Dog” from John McCrea (who also plays my favorite character in “Cruella,” Artie). Seriously. It was such an explosive and PERFECT moment, I haven’t been able to stop thinking about it since watching it a week ago. Also- not one, but TWO Tina Turner tracks grace the film and soundtrack, including the stellar cover of Led Zeppelin’s “Whole Lotta Love.” Also, that Florence and the Machine title track number during the end credits put most of the modern James Bond iris sequences to absolute SHAME.

The one complaint I did have about the film oddly enough had to do with the use of music. While I totally understand how each chosen song that makes an appearance is to set the tone for a scene, at times the choices were too on the nose, and too inescapable.

But this is a film that is absolutely worth seeing in a theater. Seriously. I cannot suggest it enough, and I will be seeing it again as soon as I can.

“Cruella” opens on May 28th, 2021 in theaters, as well as on Disney+ with premiere access.