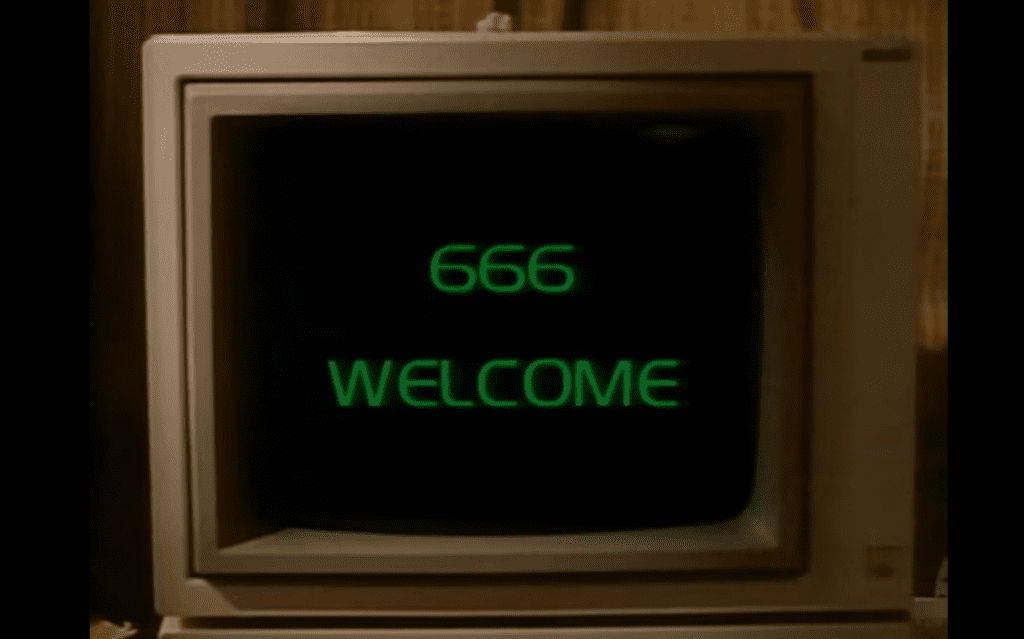 Call it a programming glitch or encoding error; call it the price you pay for invoking the number of the beast, but there’s something very weird happening on the YouTube page for an obscure 80s Christian pop/rock duo. We’re speaking of course of about this video for a song called “666” by DeGarmo & Key.

While Christian music is popular in certain demographics, it only rarely gets a push into the mainstream. One of those occasions was back around 1984 when the duo released their album “Communication,” and recorded a music video for the song, “Six, Six, Six.”

A quick internet search would tell you that this was the first Christian rock video to get onto MTV, but I haven’t found an official source to verify that information. Considering MTV launched in 1981, it certainly was still the early days and it could be true, but in the age of YouTube, the video is notable for something else entirely.

Let’s not focus on how horrendously dated the video itself is, and look at the webpage itself. Something’s very odd about this specific page isn’t there? I mean, the video’s playing fine, but look at the rest of the page below the viewing window, Notice anything?

What you should be noticing is “nothing” because there’s literally nothing there. Never mind a page with zero comments or a notice stating comments are turned off, this thing doesn’t even have a place where a comment section could exist! There’s not even the name of the video or the artist, a number of views, or a section for video details. And I’ve personally tested it on multiple different browsers on multiple different machines; there’s nothing there and hasn’t been since I first discovered the video earlier in 2021.

Making things even more peculiar is how the upload is from an official VEVO account. If you search in YouTube for “DeGarmo & Key 666″ the first result that pops up is seemingly from a verified account, it even pops up as such when you put your cursor over it as seen here:

So unlike the other videos that people have uploaded, this should be from a professional account that would have all the details lined up in the video description. So when investigating it, I thought to myself, “Well what about other videos they’ve posted? What if this is just some sort of odd thing with the channel itself? Surely there must be at least one other DeGarmo & Key video to compare it to, right?” So instead of clicking on the video again, I clicked on the link for “DeGarmoKeyVEVO” and was met with this:

AND THIS IS WHY YOU DO NOT INVOKE THE NUMBER OF THE BEAST! When you mess with forces you do NOT understand, you WILL get burned! Iron Maiden knew what they were getting into when Bruce Dickinson sang, “Six, six, six, the number of the beast!” But DeGarmo and Key were clearly not up to the challenge. They are the inexperienced priests who tried to bring a demon into this world to slay it, only for them to fail and for it to run amok. And the first casualty was their very own official VEVO.

Okay that might be overselling it a bit, but clearly this is a weird and kind of eerie coincidence. What are the odds that a Christian rock song about the evils of the number 666, would lead to bizarrely broken YouTube pages. Even more than that, the video itself is about people being led into a satanic trap through a computer floppy disk that has some kind of 666 program that it installs.