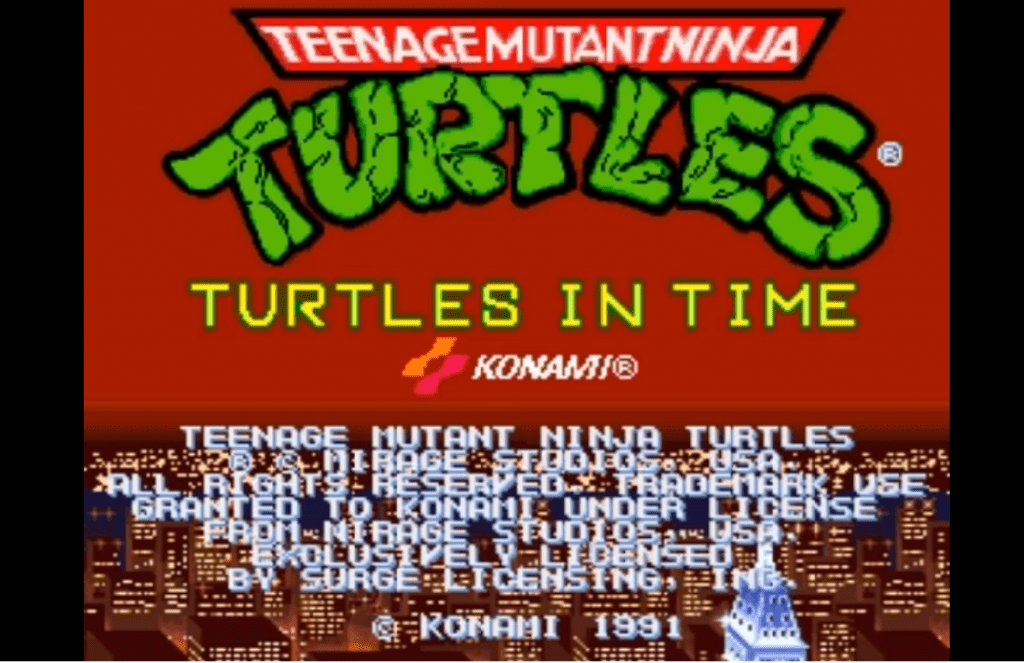 Now, if you’re saying to yourself, “But wait, I thought Arcade1Up already made a “Turtles” arcade cabinet.” Well you would be right, they did. However, have you ever tried finding one of them lately? Even when I got my cabinet a year ago it was getting hard to locate. I was lucky and find one for sale through an online retailer but most places were sold out. Now you can’t find them new practically anywhere. This re-release fixes that, and adds in a couple alterations.

While the cabinet still has the same two games as the original release, this newer cabinet has an updated design that features replica coin slots for a more realistic aesthetic. Additionally, while the first iteration had a design of the 1989 “Ninja Turtles” arcade release, this one is modeled after “Turtles in Time.” Cosmetic differences aside, the biggest addition is that of multiplayer wi-fi. If you want to teamup to take down Shredder and Krang with a fellow online cabinet owner, you can!

Each one of these titles allows you to play as any of the four turtles, Leonardo, Raphael, Michelangelo, or Donatello to bust up an army of foot soldiers on your way to rescuing April O’Neil and Splinter in the first game, and recover the Statue of Liberty from Krang and Super Shredder in the second. While both games play phenomenally well, I can testify from owning the first Arcade1Up release how much more fluid and quicker the action and animation is on “Turtles in Time,” even though its predecessor still plays incredibly well.

Fans of the NES and SNES ports will have reason to play this, as there are a number of differences between the home console and arcade versions. For example, the NES levels are shorter than their arcade counterparts with the fight against Baxter Stockman in his fly form instead being a fight against Rocksteady and Bebop simultaneously in the arcade. And remember the boss fight against Shredder after battling through the Technodrome on the SNES? That entire level and boss fight weren’t even in the arcade “Turtles in Time.” It’s actually pretty awesome to see how these games differed from the ones we played at home. Oh and the best part? Both of these are 4-player on these Arcade1Up releases.

As usual, we can’t testify enough as to the quality of these cabinets and what an incredible job Arcade1Up does with these 3/4 size, replica machines.

Pre-orders for the cabinet open up on July 1st, 2021. If this seems up your alley then grab it while you can before it sinks back into the sewers again. Turtle power only lasts for so long, dudes!