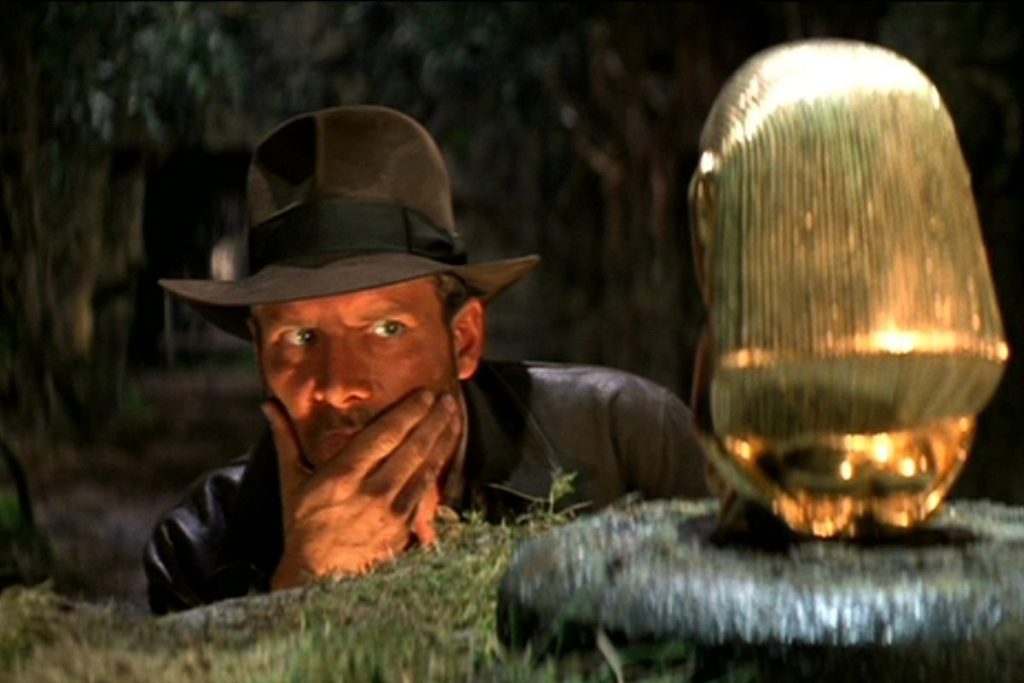 Harrison Ford as Indiana Jones in "Raiders of the Lost Ark," photo courtesy of The Walt Disney Company
Collectibles

Today marks the 40th anniversary of the release of “Raiders of the Lost Ark,” the first installment in the “Indiana Jones” franchise. That’s 4 decades of adventure and treasure seeking! To commemorate the date, shopDisney released a limited item that definitely belongs in your home museum- the golden fertility idol. And of course shocking no one- it sold out within an hour.

Here’s what Disney has to say about the item:

Raiders of the Lost Ark begins with Indiana Jones retrieving a famous Golden Idol in the temple of the Chachapoyan warriors named for the Chachapoyans, a civilization that really did exist in the cloud forest of the Amazonas region of that is now called Peru. In the practice of religion, an idol is an image of a deity or god. The fertility idol used in the movie was inspired by an artifact in the Dumbarton Oaks museum. A statuette thought to represent the Aztec goddess Xochiquetzqal.

The goddess is depicted in the act of giving birth and explicated representation uncommon in our present archeological record. In fact, recent scientific analysis revealed the Dumbarton Oaks statuette to be a 19th century fake. To date, one of the only real examples of a fertility goddess giving birth is a baked clay figurine made some 8,000 years ago and found on a site in present day Turkey.

While it’s unlikely Disney will release another batch of these anytime soon, they may offer them again at a later date. You CAN however order the brand-new 4K “Indiana Jones” box set now, to tide you over while we wait for Indy 5, which is currently filming in the UK.