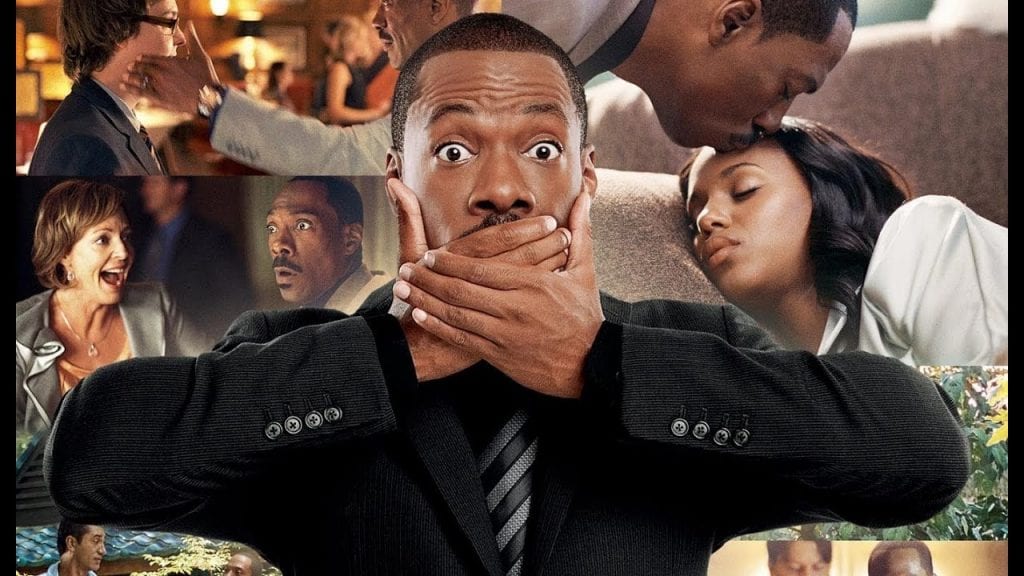 I staved off watching “A Thousand Words” long past the deadline for when my review was due. I’m not sure if it was the film itself or just needed a break from consuming the worst of the worst every week. It takes a lot of mental fortitude to embark on this 10% or less journey, and sometimes you just don’t want to have to sit through ANOTHER dumpster fire. As it turns out, “A Thousand Words” didn’t deserve the ire set upon it by previous films. Frankly, it doesn’t deserve to be on this list either. That’s not necessary a compliment to the film, as it’s not a good one.

But perhaps for the first time in a long time, I’m not entirely sure how this movie ended up on the worst list in the first place. I’ve seen other films that don’t deserve their low rating, but a lot them have saving grace performances or silly nostalgia that make them forgivable. “A Thousand Words” is similar to a thousand other films, completely formulaic in its premise and execution all of which rank at minimum 30% or higher. That doesn’t make it a good film (it’s not really) but right out of the gate I can tell you it doesn’t deserve what critics have laid on it.

If you’ve seen any movie with a fast talking protagonist who gets his comeuppance through mystical means and has to put his life back together by being a good person, you’ve seen “A Thousand Words.” There are literally hundreds of films that run this premise with little variance. Hell, Jim Carrey made an entire career out of this exact formula with things like “Liar Liar,” “Yes Man,” and “Bruce Almighty.” All of them are ranked at 40% or higher, with “Liar Liar” coming in at 82% on Rotten Tomatoes.

Admittedly, two out of three of these films are significantly better than “A Thousand Words,” but it isn’t significantly worse than any of them. There are perhaps two things that contribute to it being ranked far below the countless movies like it. For one, the film robs Eddie Murphy of his greatest comedic asset but taking away his voice. I get it, that’s the entire purpose of the film and serves as a catalyst for “A Thousand Words” to happen, but even on paper that reads as a terrible idea. Comparatively, Carrey’s long list of similar films is never robbed of the things he does well. He is allowed to operate in his over the top, slapstick form with the mystic restrictions working around him rather than forcing him to follow the magical rules.

“A Thousand Words” locks Eddie Murphy behind a duct taped mouth (literally) which is easily one of the worst ideas imaginable. But while Murphy has his fast talking magnetism stripped away from him, this film still manages to be more than watchable and even kind of funny at times. Murphy can do physical comedy too- just not as well as Carrey- and certainly not as leading man in numerous films. It works here, but barely.

Secondly, the film was made in 2008, and released in 2012. In that year there were 18 franchise releases, be them sequels or blockbuster franchises including “Avengers.” Anything outside of these films (minus a few notable mentions) took a back seat to audiences, leaving “A Thousand Words” to feel more like a February dump than an actual attempt at marketing a sellable film. Needless to say, that year saw a number of terrific films that overshadowed many of the middle of road releases like this one.

Here’s the real kicker though: “That’s My Boy” was also released in 2012, and somehow managed to earn 20% on Rotten Tomatoes. There is no logical reason “A Thousand Words” holds a 0% while “That’s My Boy” manages to disqualify itself from being reviewed in this series. There is simply not enough wrong within the film to deserve such a low rating. Sure, it was released 4 years after its completion, with huge, game changing events that pushed it to the fringes. But something so formulaic simply doesn’t deserve such a harsh standing on Rotten Tomatoes.

I can’t even believe I’m gonna say this, but I actually enjoyed “A Thousand Words.” I’m not going to watch it again and I wouldn’t recommend it to anyone necessarily, but it does just enough to be considered a passible life lesson comedy. It’s so by-the-book that even if you haven’t seen it, you’ve seen other versions of it. Yes, it’s predictable, and yes, it doesn’t really follow it’s own rules all that well and yes it robs its lead of his best comedic tool and yes all of the jokes are 4 years too late, but none of that equals one of the worst films ever made.

There are simply too many bad, worse films that I have watched (and will eventually watch) for me to say that “A Thousand Words” deserves a 0% on Rotten Tomatoes. It just simply isn’t that bad of a movie, even if it’s not a good one. The company it keeps on this list make “A Thousand Words” feel out of place, and I don’t feel the same watching it as I did watching something like “Holmes and Watson” or “Rollerball” (2008). Many of the films that earn their place on the worst of list suffer from incomprehensible narratives, ghastly writing, terrible acting and tonal imbalances. “A Thousand Words” sticks to a tried and true formula, sticks to its predicable narrative, and doesn’t really have anyone in it that stands out as being unwatchable, Murphy being silenced notwithstanding. It’s not even the worst Eddie Murphy film, and he’s an actor who certainly went on a long skid of bad projects.

All of that to say no, “A Thousand Words” doesn’t deserve its low rating on Rotten Tomatoes. It is wildly mislabeled as the worst film of the year and worst of the worst films on the critical site, and while it certainly deserves even the harshest criticisms, none of it add ups to being an unmentionable. Even with the likes of Oscar winner Allison Janney, multi-award winner Kerry Washington, and Cliff Curtis.

There. That’s 1000 words to tell you that “A Thousand Words” isn’t necessarily good, but its much better than its Rotten Tomatoes score.

Rating: Does Not Deserve It