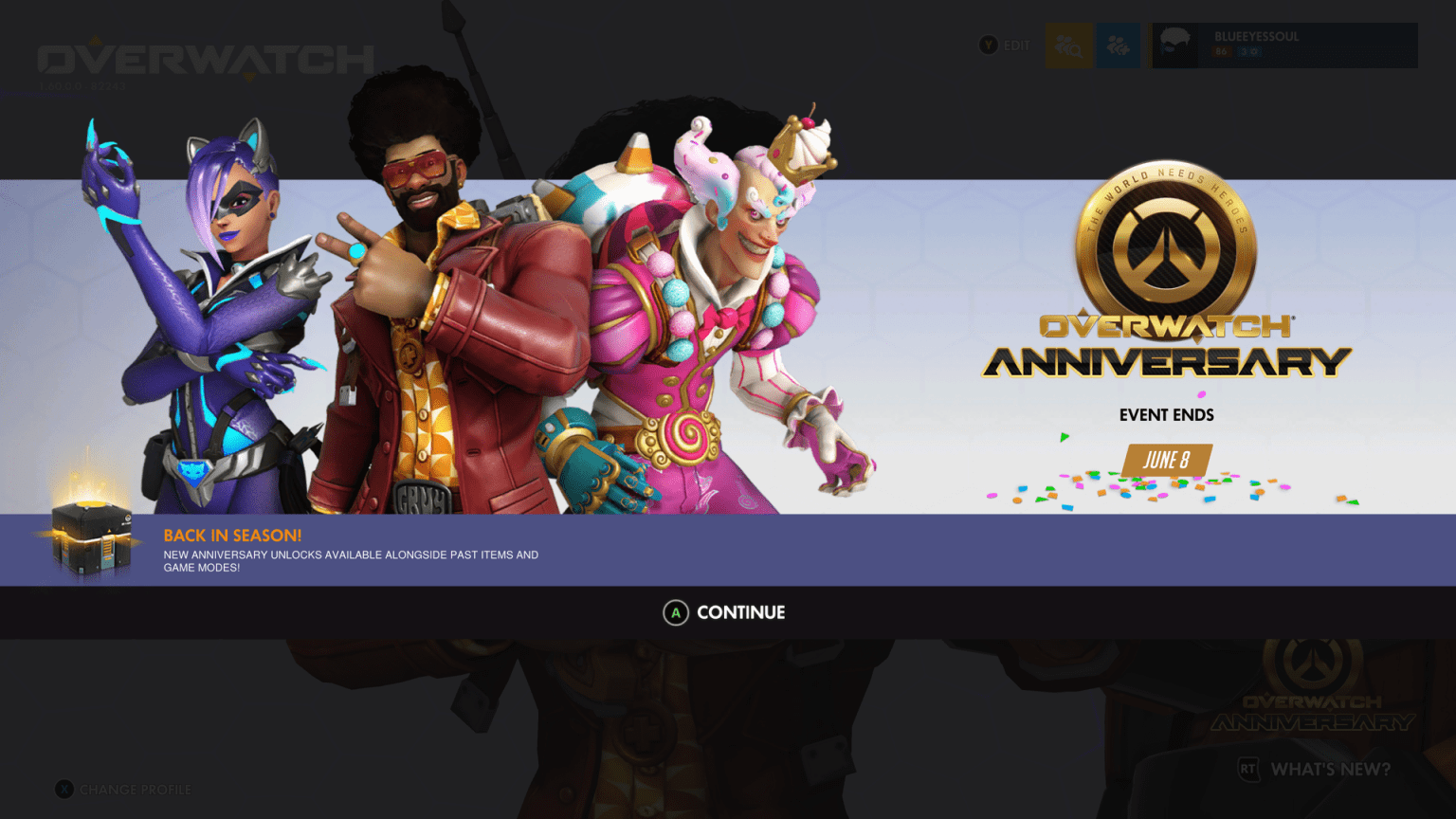 5 years ago, Blizzard Entertainment released unto the world one of the best hero shooters, Overwatch. This game isn’t just about guns, it has a wide cast of characters who throw a wide assortment of projectiles at everyone for a period, and then start all over again.

Overwatch is not a normal competitive shooter. It’s not…balanced. The characters are broken. Fighting any of these characters is a lot like fighting a final level boss, while you are still level one. It’s extremely disheartening and unfair. But Overwatch heroes exist in a six-versus-six environment, and they fight along with other heroes with even more outrageous powers. Unlike other shooters where you play on an equal battle field, Overwatch expects you to fight on an unequal playing field.

If you have never jumped into the massive mythos of Overwatch, or even heard of the characters, there’s a Brazilian DJ named Lucio that heals allies with his music, a gorilla, who prefers to be called a scientist named Winston that shoves enemies off of the map. Tank characters such as Reinhardt, and support healing characters like Mercy, they screw up the act of securing a kill. The players that control any of these characters always bring a different tone of how to play any of the heroes. 32 heroes take up the roster, and each has a distinct style of play. So you will always have a buffet of choices to choose from. Whether you’re hungry for the crunch of Roadhog’s hook and shotgun, or the pluck of Hanzo’s bow, there’s a character for every situation.

Teamwork and strategy are a very important to a victory against the opposing team. For each team to be the best they are usually composed to complement each other’s flaws. Take a minute and watch any of the professional teams in Overwatch League and you will see players who will bait the enemy teams, counter-pick to surprise heroes, and will protect their allies instead of killing off the other team.

Since the game’s release 5 years ago, Overwatch has had its difficulties. for all that the game does to make a shooter more approachable for different players, it has repeatedly failed to represent and support them in other ways. It’s quite easy to argue that Overwatch is more fun to play than Apex Legends and Valorant, but it’s almost impossible to argue that it’s more welcoming to players. Blizzard has refused to further diversify its cast with newer heroes, beyond the talking hamster, Wreckingball, Baptiste, Echo and Ashe.

The game’s first black woman hero will only arrive in the sequel, which we won’t know anything about just yet thanks to the canceling of BlizzCon 2021.

While this game may have made some changes to be fun again, it doesn’t mean that Blizzard does not have a lot of work left to do. When you play the game now, it feels like this can be the future of what competitive games can be. Sadly though, the future stops there. Hopefully, with the next chapter of Overwatch it can go back to embracing the diverse, passionate fan base it initially welcomed. But before that happens Blizzard needs to clean up its toxic player base. One can only hope that after 5 years, Blizzard can return Overwatch to the original master over its competition.

Trust me as a long-time fan of the game and mythos of Overwatch, I want everyone that plays the game to feel like they belong and have a fun time. Perhaps everyone will get that moment when they get “Play of the Game.”