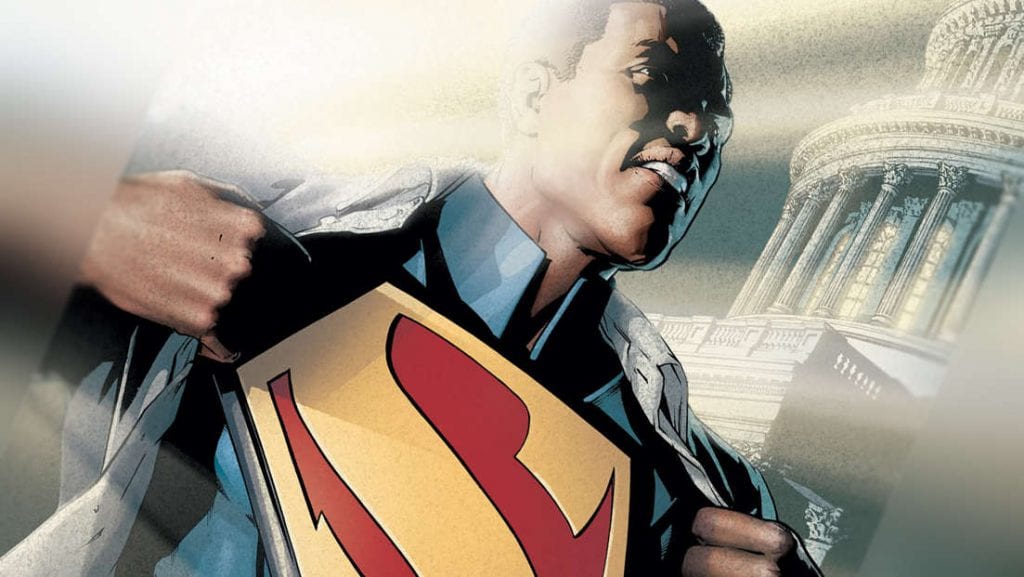 Please note in our headline, we say ‘what if,’ because so far there is zero information about directors for Warner Bros. Pictures’ upcoming black “Superman” movie. If you’ll recall, news broke back in February that WB had brought on Ta-Nehisi Coates to write a new take on the Last Son of Krypton. Specifically, a black Superman.

This isn’t a new idea, as rumors have abounded for the last five years at least that someone at WB was actively shopping a black lead in the iconic DC Comics’ role. Michael B. Jordan was rumored as far back as 2018, when Marvel Studios’ Oscar-winning “Black Panther” released. Also, it’s ABOUT FREAKING TIME.

Jordan recently responded to rumors during an interview with Jake’s Takes, stating:

“You hear the whispers and the rumors and stuff like that and it’s just a compliment. You know, I appreciate people that think about me in that type of way for these roles. I don’t really have anything more to give on that other than it’s just flattering and I appreciate it. But, you know, whoever they get or if it goes that way, I think it’ll be an interesting thing to see.”

Today’s story involves one Regina King, responding to similar questions about rumors that she may be on the short list to direct.

King was speaking with MSNBC’s Tiffany Cross during “Cross Connection,” offering her feeling and thoughts about the 100-year anniversary of the Tulsa Race Massacre. Cross, wanting to possibly lighten the mood after such a heavy and serious subject, pivoted to a question about “Superman.”

“I’m curious, because this is a little bit of gossip. You’re rumored to be on the short list to direct Superman. You and Barry Jenkins, both of your names have been thrown out there,” Cross began. “Anything you want to tell us? Is there any news you can break this morning about those conversations?”

“Tiffany, that is news to me. You have broke the news to me…a news break, live on MSNBC,” King responded. She continued, saying that it was “the first she’d heard of” the rumor. (Which we absolutely do not believe!)

King’s debut directorial outing was the extremely well-received and critically acclaimed film “One Night In Miami.” She also recently won an Emmy for her outstanding work on HBO’s “Watchmen” series, and is currently hard at work on adapting “Bitter Root.”

Needless to say, we’re very curious to find out who will helm this new “Superman” film, and even more interested to find out who dons the red cape. We’ll do our best to keep you updated with anything new we hear.