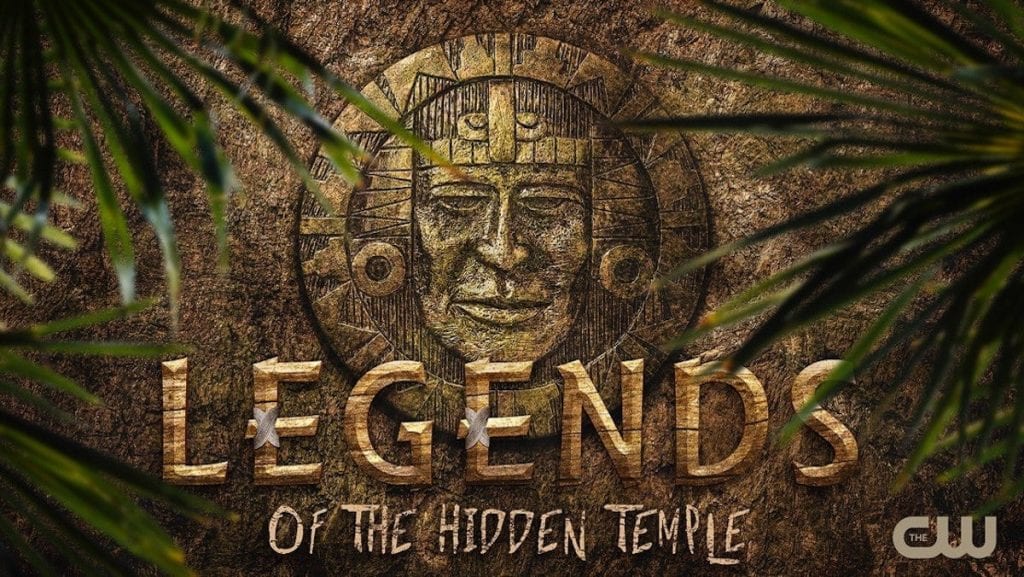 As the 2020-2021 television season comes to a close before the summer months are upon us, The CW has stepped up to let everyone know what to expect when they return with new shows for this fall. This year, the channel is going to switch to seven days a week of primetime originals, now expanding into Sundays for the first time in the history of the channel. We’re going to take you day by day through their schedule to let you know what to expect.

We’d previously reported about The CW picking up the revival of Nickelodeon’s classic kid’s game show “Legends of the Hidden Temple.” But now, it’s themed for adults! This time the show will take place in an actual jungle environment with more intense obstacles and bigger prizes. Which is good considering I don’t know a lot of adults who would be thrilled with a trip to Space Camp and a consolation price of Reebok sneakers and a copy of “Porky Pig’s Haunted Holiday” for the SNES.

“Killer Camp” is entering its second season, and is essentially a reality show version of “Friday The 13th” with contestants staying at a camp and trying to figure out who the “killer” amongst them is while also trying not to be the next victim.

High-school football drama “All American” will be entering its fourth season as it continues to tell the story of Spencer James and how drastically his world changes as he moves from playing football at Crenshaw High School to Beverly Hills High. “4400” meanwhile is entering its first season and is a reboot of the cult classic USA network series. Like the original, this reboot details the happenings of a world in which 4400 people who mysteriously vanished in the years since World War II, suddenly come back all at once into the present day having not aged and with no knowledge of their being missing.

Perhaps the night of the schedule that needs the least introduction, these are the big hitters for the network. “The Flash will be entering its eight season, matching the number of seasons of the series, “Arrow” which it spun-off from. It’s the flagship television series for the DC Universe CW has created, affectionately known as the “Arrowverse.” Meanwhile “Riverdale,” the much darker adaptation of the Archie Comics series will be going into its sixth season. Maybe if we’re lucky we’ll finally get a full crossover event with “The Chilling Adventures of Sabrina.”

Wednesday is DC night for the CW. “Legends of Tomorrow” with its motley assortment of B-list superheroes (performed with A-tier levels of heart and comedy) is paired with the much darker “Batwoman” now entering into it’s third season. It’s first two seasons were affected by major cast changes, so we’ll have to see how the show settles into its groove with Javica Leslie continuing on from where she started in season 2.

Fittingly enough for a night that has the show “Legacies” airing on it, it’s legacy night for the network. “Walker” features former “Supernatural” star Jared Padalecki in a retooling of the Chuck Norris…uhh…”classic,” “Walker: Texas Ranger.” This version is not nearly as campy and over-the-top, featuring a younger version of Cordell Walker (still a Texas Ranger) and focusing more on his family than the previous iteration. This will be series’ sophomore season. Following it is the spin-off of a spin-off, “Legacies” going into season number four. It was spun-off of “The Originals” which was itself a spin-off of “The Vampire Diaries,” proving once more how hard it is to kill vampires.

The magic begins right away with the Penn & Teller competition show starting its eighth season overall and seventh on the CW. Stage magicians perform tricks that the legendary duo of Penn & Teller have to surmise how they’re performed. Hosted by Alyson Hannigan…presumably because she was a witch on “Buffy the Vampire Slayer,” the last season was divided up into two halves of 14 episodes each; whether the same will happen here or what the episode order is in general is not known at this time. “Nancy Drew” meanwhile will be going into its third season and continuing the more supernatural approach to the famous fictional detective.

Finally, going into the new programming day, the CW is bringing back the improv comedy classic, “Whose Line Is It Anyway?” which would be entering into its 18th season on American television and its 10th on the CW. “World’s Funniest Animals” will be going into its second season and is basically a clip show of animals doing funny things. Both series will be airing half-hour episodes back-to-back.

There are ALSO several specials on the docket for The CW, including an all new “Scooby Doo” holiday special, and more.

So that’s the fall line-up. Naturally this doesn’t account for upcoming shows that will be returning such as “Kung Fu,” “Dynasty,” “Charmed,” and others, so we’ll have to wait and see how things materialize after the fall season wraps up. Right now, it seems like a strong line-up, but any new show, reboot or not, runs the risk of not succeeding and being replaced. If you ask us what we’re most looking forward to most though, that “Legends of the Hidden Temple” reboot has us intrigued. So now we have something to look forward to after summer ends!