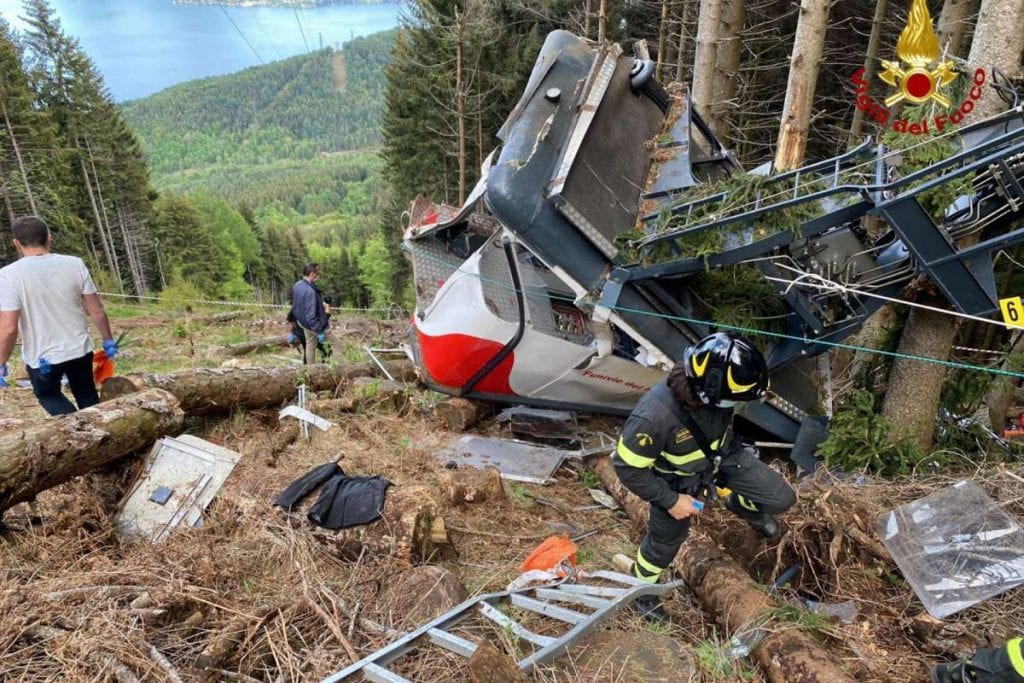 A terrible accident happened in Italy on Sunday, May 23rd. A cable car was taking guests up to the Mottarone mountain peak. A children’s amusement park is located at the summit, and there are other things to do like bike trails and sight seeing.

The cable car from the Stresa-Mottarone line had a cable snap, and the car fell 45 feet (15 meters), and then rolled down the mountainside. 13 people died in the tragedy, and two children were taken to the hospital with serious injuries.

Spokesman for Italy’s Alpine rescue service Walter Milan said that the accident happened about 100 meters (yards) before the final pylon. The cable line had been renovated in 2016, and had only recently reopened. Milan suggested that many families may have come out to the mountain this Sunday after months of restrictions and quarantine. It’s a terrible thing to be sure as many families were affected by this.

This has opened up an investigation into Italy’s transportation services. Italy’s transport minister, Enrico Giovannini, has announced that they will be looking into the event and review work and inspections done in the past.

This is not the first time that faulty construction has lead to multiple deaths in Italy. Italy’s transport infrastructure has come under scrutiny before when the Morandi bridge in Genoa collapsed in 2018 killing 43 people. Before that, in 2009, a freight train derailed at the Viareggio station, near Lucca. In that accident the train was carrying gas and exploded killing 32 people. It was determined that poorly maintained axels were to blame.