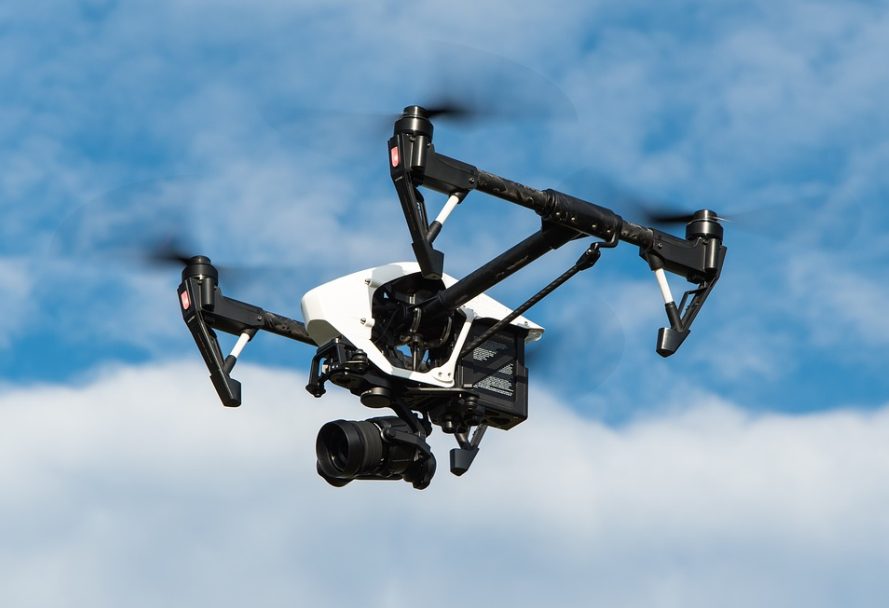 One of the few redeeming scenes in the Star Wars prequel (Episode 1) inspired and wowed a new generation. Of course, I’m talking about the podracing scene. It brought a sci-fi edgy flare to racing, a sport usually mocked on late night television as “professional left hand turning”.

That science fiction world of high speed, mind-bending turns and insane obstacles isn’t necessarily in a galaxy far, far away anymore. It’s in the here and now and it’s become a huge sport. I’m talking about professional drone racing. And where there’s a sport, there’s someone betting on the outcome. So, could drone racing be the next big thing for sports betting?

What is drone racing?

FPV (first-person view or first person video) drone racing is an international sport in which participants control drones (radio-controlled aircraft) to maneuver through a course as quickly as possible, racing with the other contenders.

The drones are all equipped with front-facing cameras that are connected to a feed back to the pilot with the remote control. The drone footage is live-streamed to the pilot in real time via goggles or a monitor to see what the drone is seeing in order to steer and control the craft.

People have been betting on sporting events since time immemorial so it’s not surprising that the relatively new sport of drone racing is getting in on the action. With excited fans around the globe and tournaments, there is already a market for this new kind of sports wagering.

Earlier this year, DraftKings announced that it would begin This comes after a deal was struck between the massive betting platform and The Drone Racing League itself. It seems like a mutually beneficial arrangement, as Drone Racing League President Rachel Jacobson explained, “The opportunity for us to elevate our engagement through all forms of gaming and gambling will only increase as mobile betting becomes more adopted across the country.”

The sports betting industry in the US is always hungry for more ways to earn money and grow its already staggering numbers. Will Drone Racing become the next big gambling sport?

According to research conducted by DraftKings, the company believes that there is a correlation between sports betting enthusiasts and fans of drone racing. In a recent contest, DraftKings offered free-to-play sports betting on drone races to gauge the interest of their customers.

They found that participation was 30% higher for betting on drone races than the average for a new sport being introduced to their platform. With this data in their pocket, DraftKing’s predicts that drone racing fans will be 90% more likely to be interested in sports betting than the average sports fan.

As DraftKings begins taking bets on drone racing, they’ll start with The Drone Racing League Championship. For now, it looks like only five US states will be allowed to participate, due to the ever-changing nature of sports betting laws in America. As it stands, only Colorado, New Hampshire, New Jersey, Tennessee and West Virginia will be placing wagers in the upcoming drone racing events.

A new era of sport

The technology that puts viewers directly in the pilot seat and allows them to see the exact same view as the competitors themselves. This is a completely new format for sporting events and trumps the previous dashcams of similar racing styles.

Drones don’t get tired. There is very little downtime between races due to the fact that there’s no danger to humans or animals that’s inherent in other types of racing events. Finally, it’s really exciting and fun to watch. Seeing the drones run through courses at speeds that no human possibly could without losing their lunch is incredible.

The excitement of the sport aside, two other factors have really made this new collaboration possible: the repeal of PASPA in 2018 and the Covid-19 pandemic. Together, these events have created a perfect storm to allow not only drone racing sports betting to flourish, but that disrupted professional sports to such an extent, esports were given an opportunity to shine.