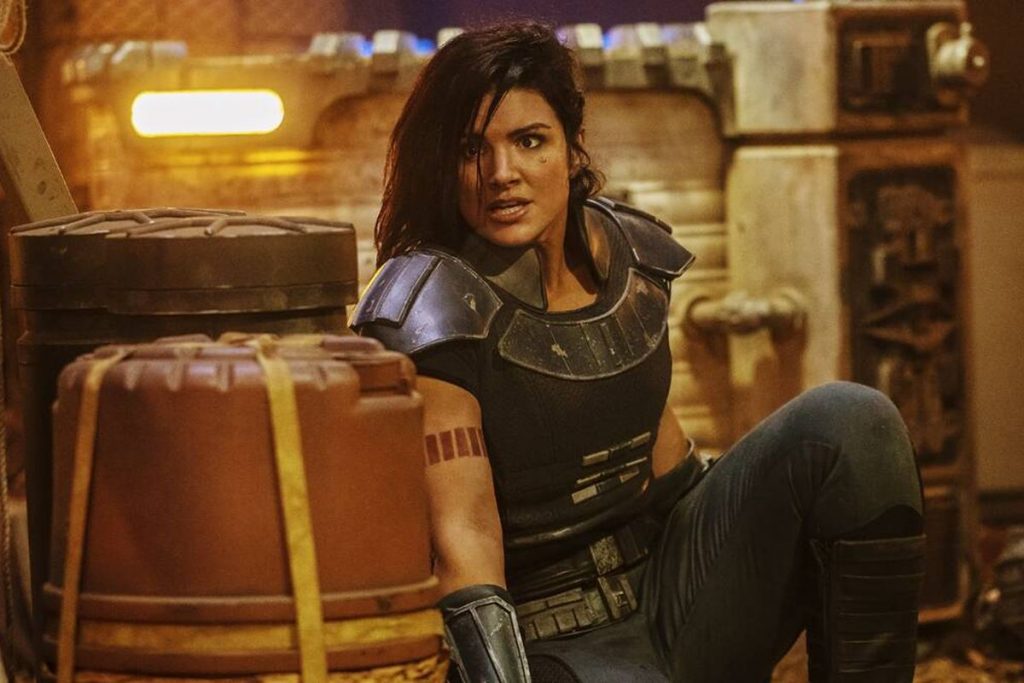 Where to start with this bit of “news.” Unless you’ve been somewhere in the outer rim, chances are you’ve heard about Disney and Lucasfilm finally firing “The Mandalorian” star Gina Carano, citing her abhorrent social media bombardment of hate-speech posts including but not limited to anti-Semitic, anti-Trans, anti-gay, anti-vaxx, false claims of a stolen election result, and denial of the severity of the still-ongoing worldwide pandemic. All of which are still highly visible across her social media accounts.

We can safely assume that Carano, who formerly played Cara Dune in “Star Wars” spinoff series “The Mandalorian” on Disney+, was thusly fired for blatantly violating her employment contract with the studio, and not, as she continues to claim, because of her conservative political views.

This morning, Carano released a statement in which she revealed her next project, with Ben Shapiro‘s conservative news site, The Daily Wire.

“The Daily Wire is helping make one of my dreams — to develop and produce my own film — come true. I cried out and my prayer was answered. I am sending out a direct message of hope to everyone living in fear of cancellation by the totalitarian mob. I have only just begun using my voice which is now freer than ever before, and I hope it inspires others to do the same.

They can’t cancel us if we don’t let them.”

Carano will write, direct, and star in the project.

Shapiro, who co-founded The Daily Wire, had this to say:

“We could not be more excited to be working with Gina Carano, an incredible talent dumped by Disney and Lucasfilm for offending the authoritarian Hollywood Left. This is what Daily Wire exists to do: provide an alternative not just for consumers, but for creators who refuse to bow to the mob.

We’re eager to bring Gina’s talent to Americans who love her, and we’re just as eager to show Hollywood that if they want to keep cancelling those who think differently, they’ll just be helping us build the X-wing to take down their Death Star.”

We will of course let you know what we hear about “Star Wars” and other Disney properties.