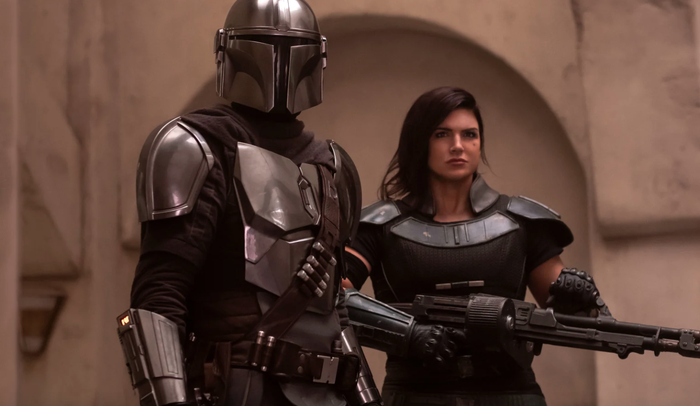 It’s been a turbulent time for “The Mandalorian” actress Gina Carano, who plays the bounty hunter, Cara Dune. Ever since social media posts surfaced in 2020 with anti-masker sentiments there have been calls for her removal from the Disney+ series.

Lucasfilm has released a statement indicating that the actress is no longer employed by the company.

Gina Carano is not currently employed by Lucasfilm and there are no plans for her to be in the future. Nevertheless, her social media posts denigrating people based on their cultural and religious identities are abhorrent and unacceptable.

While Carano had previously posted anti-trans sentiments as well as strong alt-right leaning opinions, it seems the final straw was her sharing a post from WarriorPriestGymPodcast, equating the pushback against her positions with the Nazi oppression of the Jews.

This is the post was Lucasfilm decided was the last straw after months of #FireGinaCarano trending hash tags:

“Because history is edited, most people today don’t realize that to get to the point where Nazi soldiers could easily round up thousands of Jews, the government first made their own neighbors hate them simply for being Jews. How is that any different from hating someone for their political views?”

The post was screens hotted and quickly went viral, with fans tagging everyone from Disney to Lucasfilm to Jon Favreau. It only took a few more hours for the company to respond.

Some choice selections from previous Carano tweets include-

Carano has since been dropped by UTA.

We will of course let you know what we hear about possible recasting.