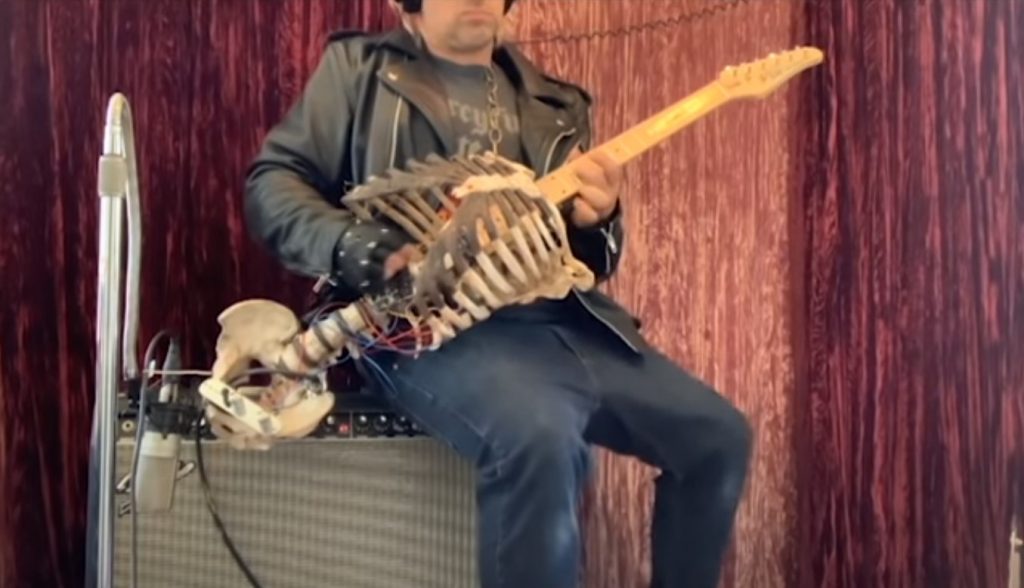 Man Builds Working Guitar Out of His Uncle’s Skeleton

A man calling himself Prince Midnight has recently come out with news that he has created one of the most interesting guitars on the planet. He has repurposed his Uncle’s bones and made a working electric guitar out of them.

Usually using bones that belonged to any human being is a big no no in anything, including just displaying them. But Midnight was able to jump through multiple hoops to be allowed to use them.

Coming from Greece where cremation is heavily frowned upon Midnight had his Uncle Filip’s bones just laying around in a box. He had received them after a classroom for science said they no longer had a need for them. It was his Uncle’s wish that his remains be used for science so they were displayed in a college classroom for 20 years before coming into Midnight’s possession.

Now the question was what to do with them? It served no purpose to just have them taking up space. And Midnight’s family was paying a fee to have them stored at the cemetery. After Midnight filed loads of paperwork he was able to get the go ahead to create the most metal guitar we’ve ever seen. And properly so because he credits his love of the music genre to his late Uncle Filip introducing it to him.

If you would like to see more images of the guitar being built please go to MetalSucks.net by clicking the link here.