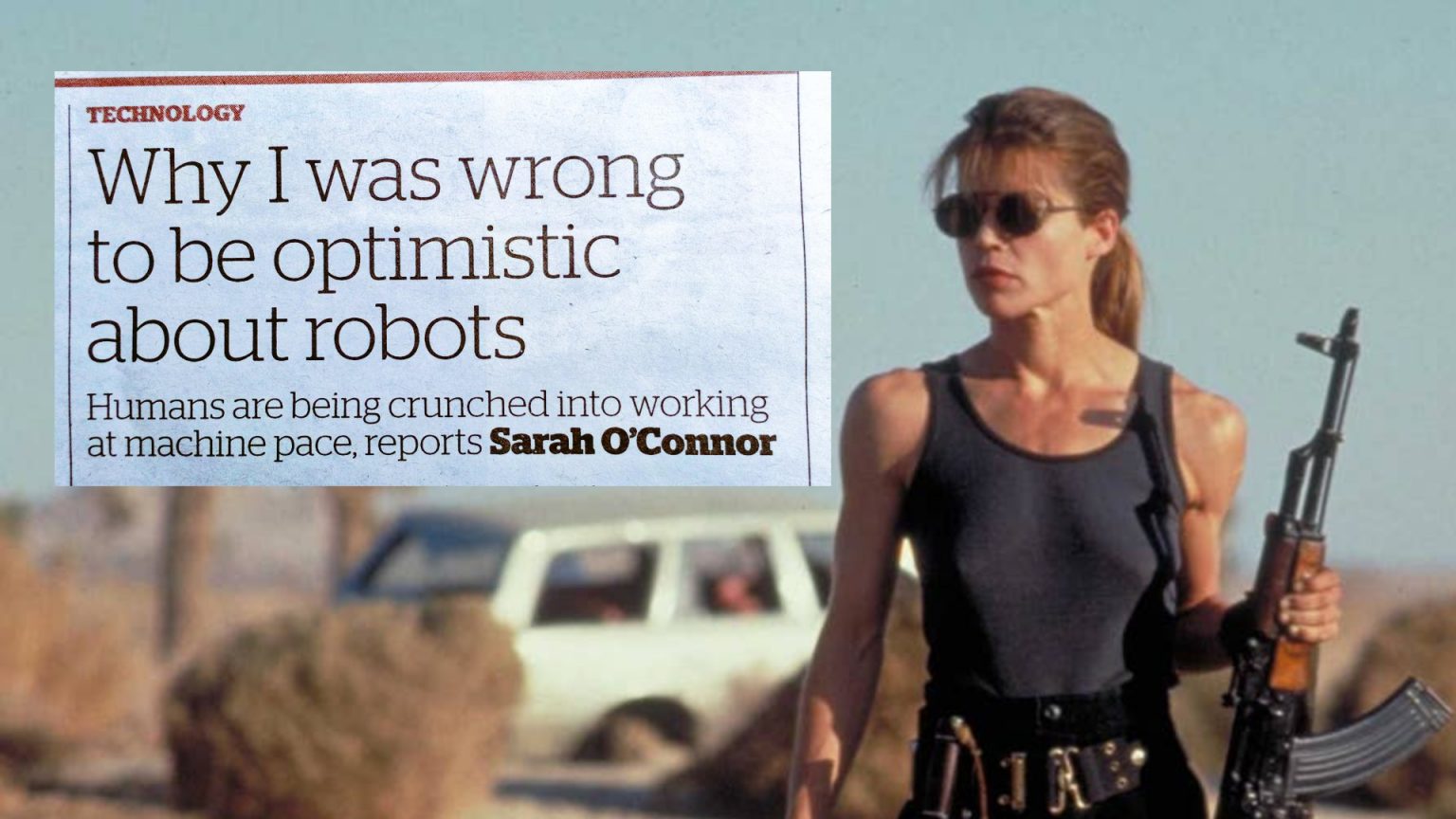 Let’s face it, the name Sarah Connor will forever be synonymous with robots and Skynet. So, lets say if a person named Sarah O’Connor were to write about something like “Why I was wrong to be optimistic about robots” it might go a bit viral, like this article did.

O’Connor, a reporter for the Financial Times, is being bombarded with questions about Skynet and people asking about John Connor after doing exactly that.

Thankfully, Sarah has a good sense of humor about this as it seems it has happened before. Though if you do decide to comment please show some restraint. She’s rightfully getting a bit tired of the same comments happening over and over again.

We’re not sure if her bosses are assigning her these things to write about but if they are maybe they should let her use a pen name for robot related articles. Otherwise it’s just nice to know what Sarah Connor- I mean Sarah O’Connor- really thinks about these machines.

Note: Please don’t follow her just to harass her. If you want to follow her for when she writes about robots that’s fine. Just chuckle to yourself and move on.