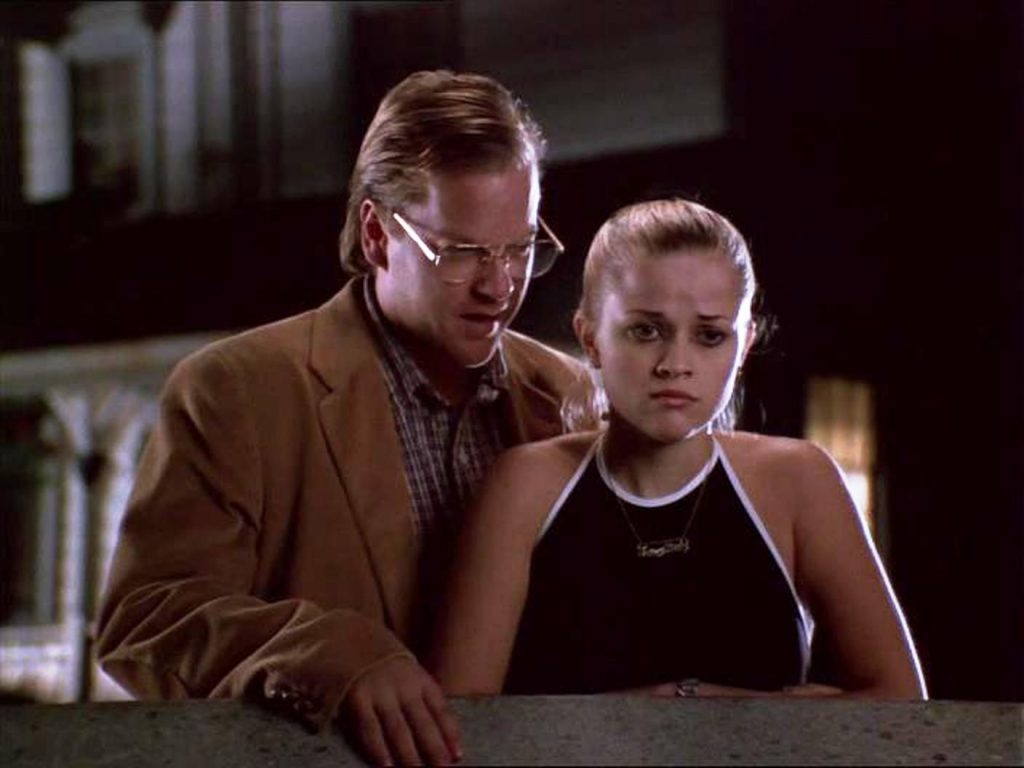 Strap in, folks. It’s gonna be a weird one. “Freeway” is proof that movies are by nature of their medium, weird. I know many of you have never, ever heard of this film, and I’m not the least bit surprised.

A reimagining of Little Red Riding Hood where Riding hood is an illiterate, foul mouthed, abused and troubled rage monster and the wolf is a sexual sadist and serial killer. Ya, that’s the kind of movie we’re dealing with. And full disclosure, I’ve learned more about the creation and the creators of this film than I ever wanted to, and I would be remised if I didn’t impart this knowledge onto you. “Freeway” is a bizarre, vulgar, exploitation dark comedy crime drama that has no business existing, but does and somehow ends being pretty watchable.

Ok, let’s get the plot out of the way so we can dive down this insane rabbit hole that is this movie. None of it will have anything to do with whether or not the film is good or bad, but I refuse to be the only one cursed with knowledge.

“Freeway” follows Vanessa Lutz (Reese Witherspoon) a poor illiterate teenager living in Los Angeles. After her mother is arrested for drugs and prostitution and her step father for violating his parole, Vanessa decides to escape from her social worker to go live with her grandma in Stockton. After her car dies on the freeway, she is offered a ride by Bob Wolverton (Keifer Sutherland) and accepts. It becomes clear that he is the infamous “I-5” killer and attempts to kill Vanessa, who escapes after shooting him 5 times at point blank range. Unfortunately, he survives and Vanessa is arrested for murder. After escaping from prison, Vanessa quickly realizes her run ins with Bob are not over.

There is so much more that happens in this film, including a brief appearance by Brittany Murphy (yes, she’s in this film) and numerous uncomfortable sexual situations that at times are hard to stomach, even mostly being implied rather than outright exploitive. The bare bones plot really doesn’t begin to cover how bizarre “Freeway” actually is, but behind the scenes is even weirder.

First of all, there’s a sequel starring Natasha Lyonne. You read that right, “Freeway II: Confessions of a Trickbaby” actually exists. That alone is strange enough, but the fact that the director is Matthew Bright, it opened up a whole new can of worms that makes a sequel to a film no one really asked for (or saw, for that matter) pale in comparison.

Bright started his film career by appearing as an actor is a film called “Forbidden Zone,” directed by Richard Elfman. He portrayed a pair of twins who, without getting too graphic, live in a garbage can and are raped and tortured in an alternate dimension and are eventually decapitated by Satan. Oh ya, and Bright was the writer, which means all of that was on purpose and HIS choice. And if you thought, “Elfman. That sounds familiar,” you’d be right. In fact, Richard is the brother of Danny Elfman, who, as fate would have it, is a childhood best friend of Matthew Bright. Oh, and he composed the music for “Freeway,” because that’s what friends do. Oh ya, and the script? Written by Bright, but also Brad Wyman– who wrote “Barb Wire” and produced critically acclaimed “Monster,” as well as none other than Oliver Stone.

While all of this may seem out of left field, it actually puts how strange yet charming “Freeway” is into perspective. Despite its bizarre and irreverent story, its balance of comedy and in your face pervasiveness somehow make the subject matter digestible. A huge contributing factor to the film’s functionality lays in the performances, particularly Witherspoon’s Vanessa. Her performance is the key lynchpin that holds this whole experiment together. It is incredibly rare to see Witherspoon cut loose verbally, slinging vulgarities and racial slurs for 90 minutes, let alone do it with the beloved innocence and naivety that has defined her career.

Likewise, Keifer Sutherland is as haunting as ever, seamlessly switching from everyman to psychopath in the blink of an eye. Their car ride (before the attempted murder of course) is reminiscent of Tarantino dialogue and framing. For how little Bright has to his name, he clearly understands how to work behind the camera, building tension with escalating banter and tight shots. Say what you will about the film’s subject matter; it’s shot and edited incredibly well for an unknown and untested filmmaker working on a $3 million budget. I still don’t understand how or why the cast is as good as it is, especially considering it was originally rated NC-17 for it’s content and sexual language.

But then again, movies are weird, and “Freeway” fits just about every sub category under that adjective. But weird doesn’t always mean bad, especially when it comes to film, and while I can’t really recommend this one to anyone, I can’t in good faith say it’s a bad film. It’s the kind of film that, love it or hate it, you have to give it credit for its in your face honesty. In retrospect, it’s treatment of sexual assault and sex workers is pretty problematic by today’s standards, but its never malicious in its intent or portrayal, and seems to want the viewer to reckon with the ugly truth of it all, even if that truth is purposefully abrasive.

So, I guess if knowing that Danny Elfman has a best friend who made a twisted, sexually charged, profanity laced red riding hood on steroids film with Reese Witherspoon spouting off a majority of its vulgarity all while watching Keifer Sutherland as a sexual deviant homicidal maniac who spends most of the film hauntingly disfigured, then ya, sure, give “Freeway” a go. Or maybe all of that sounds awful and you don’t have to go through the woods to see granny. Maybe you can just FaceTime her instead.