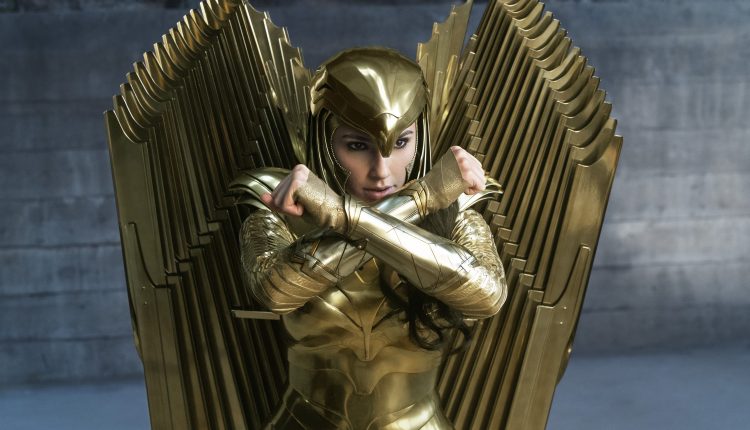 2020 has been a crazy for everyone, and we’ve become used to having a regular diet of superhero blockbusters over the course of a normal year. Warner Bros. Pictures gave us one release earlier this year with “Birds of Prey” (yea, it feels like a lifetime ago to me as well), and they’re bookending it with one more, “Wonder Woman 1984.”

In short, the overall impact of the film is not as strong as director Patty Jenkin‘s first outing in 2017 with the Princess of the Amazons. It clocks in at just over two hours and thirty minutes, and it could easily have forty minutes shaved off without losing any of the action or story.

The tone is also very different from the other core DCEU films, feeling far closer to “Shazam,” or even the classic ’78 Richard Donner helmed “Superman.” There’s nothing wrong with something that feels more connected to the lighter comics fare, but coming after the far darker and more serious entries Wonder Woman has been in so far, it’s a bit of a pivot.

The film opens with an expansive flashback sequence set on Themiscyra when Wonder Woman/Diana Prince was a young girl, setting up a teachable moment between the young Diana (Lilly Aspell) and her mentor, General Antiope (Robin Wright).

Jumping forward to the titular era….with most 80s-set films, this translates into aerobicise, leg warmers, neon colors, and shopping malls. So the first main set piece in 1984 is a heist going down at a mall (really, there’s no reason for it to have been placed at a mall other than it seems to be where every director thinks everything happened in the 80s). One reason that Superman had such a challenge in the 50s-60s in the comics is when you have a hero who is so over-the-top powered, and they’re relegated to bringing down car thieves and random gangsters. Similarly, here we have four not-too-bright smash and grab thieves battling against Wonder Woman. So it sets the scene up to be more camp than drama.

When not battling would-be thieves, Diana Prince (played once again by Gal Gadot) works at the Smithsonian in the antiquities department. One of her colleagues is Barbara Minerva (played by “SNL” alum Kristen Wiig) as the quiet/awkward nerdy type of scientist, which in superhero films is an archetype which basically always winds up as some kind of adversary before long.

While Diana and Barbara are investigating one of the objects recovered from the heist, television personality and businessman Max Lord (played by “The Mandalorian” himself Pedro Pascal) shows up, wanting the item for his own ends.

Chris Pine does return as Steve Trevor (which had been teased in the film’s trailers), causing some confusion since he had died in the first “Wonder Woman” film. However the particular reasons given in the storyline for his return does make more sense than simply retconning his death, and it works to decent effect.

Where “Wonder Woman 1984” does work better than its predecessor is in the last reel of the film. The big confrontation with villain Ares (David Thewlis and his mustache) was the weakest part in the first film. This time, the finale works, and gives a better sense of closure to the story.

There are several leaps of logic that the audience has to go along with. On the one hand, there’s no lack of fun to be had with Trevor’s fish out of water moments (since he just found himself in 1984 after dying in 1918), including marveling at seeing commercial jet airliners, he suddenly knows how to fly a jet fighter (and they use it to fly far further than its effective range would ever allow it to reach).

However beyond that, there is an abject lack of period-suitable silhouettes in the jackets or dresses (especially during the party sequence). If you’re going to have fun with the 80s, you can’t do it without monstrous square-shouldered pads, even with Steve’s snazzy fannypack.

“Wonder Woman 1984” premieres on HBO Max (as well as at theaters in areas where they are currently open) on Christmas Day. The film is rated PG-13.