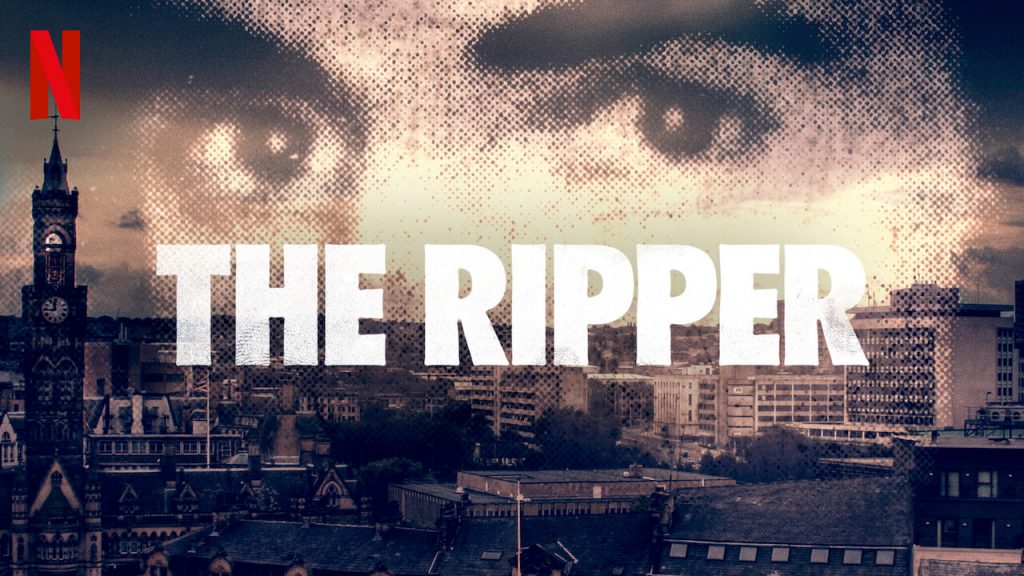 If you couldn’t tell by now, I’m a big fan of true crime. Documentaries, Podcasts, Oxygen shows, etc. There’s never enough to satisfy my fascination with the macabre of true crime. For once, Netflix nailed their recommendation to me and suggested “The Ripper,” a new limited docuseries chronicling the years of Britain’s most prolific serial killer, The Yorkshire Ripper Peter Sutcliffe.

The Yorkshire Ripper terrorized the country and confounded police for 5 years between 1975-1980, leaving 13 murder victims and 7 assaulted victims in his wake. Told through the lens of first hand accounts and timely footage, “The Ripper” chronicles the murders, the blunders of the Yorkshire PD, and the eventual stroke of luck that finally lead to his capture.

If you’re a real true crime fan, the “The Ripper” is a story you’ve probably dug deep into and know rather well. If you’re not, then this docuseries puts a spotlight on the nuances of the culture at the time and how the murders changed the country as a whole. The story of The Yorkshire Ripper and the pursuit of the Police Department is absolutely fascinating. Even for someone who is well aware of many of details covered here, there’s something to be said about watching it unfold and be recounted by those who lived it. Series directors Jesse Vile and Ellena Wood do a terrific job in honing their focus on the things that matter and how the murders effected everyone profoundly.

This perhaps best displayed by the director’s choice to focus on the victims, the blunders of the police, and the effects on the country as a whole. Even though the Yorkshire Ripper case is 40 years old, Vile and Woods manage to offer a fresh, new perspective from a majority of these first hand accounts. Rather than pour over the details of Sutcliffe himself or inadvertently idolize him, they opt to apply extreme pressure to the failings of the investigation and the perspective of women at the time, highlighting just how that all cumulated into a completely botched manhunt. This is a big achievement (especially for someone like myself who has long known most of the details of the case) to find something new in it all these years later.

The series does an incredible job in painting the picture of the culture at the time; the downturn of industrial behemoths and its affect on the poor to middle working class, the perceptions of and from women, and the cultural context with which prostitution was viewed. All of these things had a profound effect on the investigation itself, and, as the docuseries reminds us over and over again, led to murders that could have been prevented and The Yorkshire Ripper being caught much earlier.

Now, it’s very easy to look back in hindsight and critique failings and missteps in such a massive and long standing investigation. But the directors are quick to bring new things the forefront that cannot be ignored even from the most forgiving of eyes. Things like the fact that Peter Sutcliffe was interviewed 9 times during the investigation and wasn’t even in the top 40 suspects. Or the fact that the entire basis for his crimes hung on a constructed narrative that had no basis other than the disdain for prostitutes within British culture at the time. All of these things and more contributed to the prolonged activity of The Yorkshire Ripper, and “The Ripper” does a terrific job in never shying away from them.

There’s a lot to enjoy here for both diehard and casual true crime fans. The only drawback is that the investigation is so massive with so many twists and turns that it’s hard to capture it all a limited 4 episode docuseries. “The Ripper” great in its focus, but doesn’t always encompass the scope of the full 5 year manhunt. If you want a more detailed look at the investigation itself, I’d recommend checking out the podcast Casefile, who did a three part series on The Yorkshire Ripper. It’s a lot of the same information, just with a much more broader and detailed agenda than the statements sought to be made in “The Ripper.”

Overall, Netflix nails it with “The Ripper.” If you’re looking for some new true crime in your life, this is a great revisit to an old, well known case with a fresh take. Crack open the wine, Murderinos! It’s true crime time!