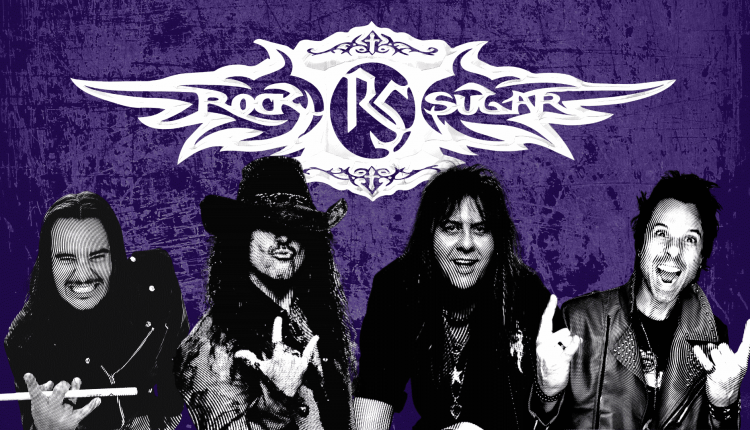 Even if the name Jess Harnell doesn’t sound familiar, chances are you know his voice. Harnell has had a prolific and long career as a voice actor and rock singer. Some of his most notable characters include Wakko From “The Anamaniacs” (both the original 90s and rebooted cartoon), “Crash Bandicoot,” and the “Transformers” franchise as Ironhide. The list goes on and on.

Harnell is also an incredible singer, fronting the mash-up band Rock Sugar. With Hulu’s reboot of “The Anamaniacs“ in full swing, Rock Sugar is back with a new album on the horizon. I had the chance to sit down with Jesse to talk about his voice work and what’s in store for fans of Rock Sugar.

I asked Jess about how he got started on “The Anamaniacs“:

“You know, the, the quick answer for Derek is, you know, if you’re lucky in life. A couple really good things happen to you, you know, and I have been blessed to have Lots of lots of good things happen to me, and one of them is maniacs. I got this big agency. They said, Steven Spielberg has this cartoon and maniacs you can pick three characters to read.

And I looked at their names. And I thought, okay, well, first of all, this guy’s name Wakko. Second of all, he has no pants. So I’m going with him. That’s going to be a guy.”

We then talked about the creation of his band Rock Sugar, which has always been difficult to describe and truly has to be experienced to be believed:

And for 20 years had nothing to listen to, but Pop Records from the 80s and got brainwashed into thinking the metal was pop and pop was metal.”

Rock Sugar had a ton of success 10 years ago, playing with the likes of AC/DC and Aerosmith, and are now returning from their hiatus with a brand new album that, due to some legal troubles (which we discuss in the interview), has a unique, fun kickstarter to help completion and get the album out to fans. The project includes a scavenger hunt to find the missing band members, coin memorabilia, even a chance to hang out with the band.

At the heart of it, Rock Sugar is all about fun:

“This year, man. I don’t know if you heard but it kind of sucked for a lot of folks and that breaks my heart and makes me really sad…what we might be able to do is for a half an hour or for as long as it takes you to listen to an album or watch a video maybe make you happy for a few minutes and if that’s all I do in a day and it was a good day.”

Jess Harnell’s continued voice work and his band Rock Sugar are exactly the kind of thing the world needs more of right now. Their current kickstarter, much like their band, is unlike anything you’ve experienced before, and everything is about bringing joy and happiness to their fans.

Jess also does some amazing impressions, talks more about his experiences and career, and tells me his favorite impression to do and his favorite song to sing (seriously, the guy can SING).

So, thanks to Jess for taking the time to speak with us, and we can’t wait to continue to listen to everything he lends his voice to!

You can check out our full interview with Jess here:

WE’RE GETTING AN ACTUAL “SPINAL TAP”…