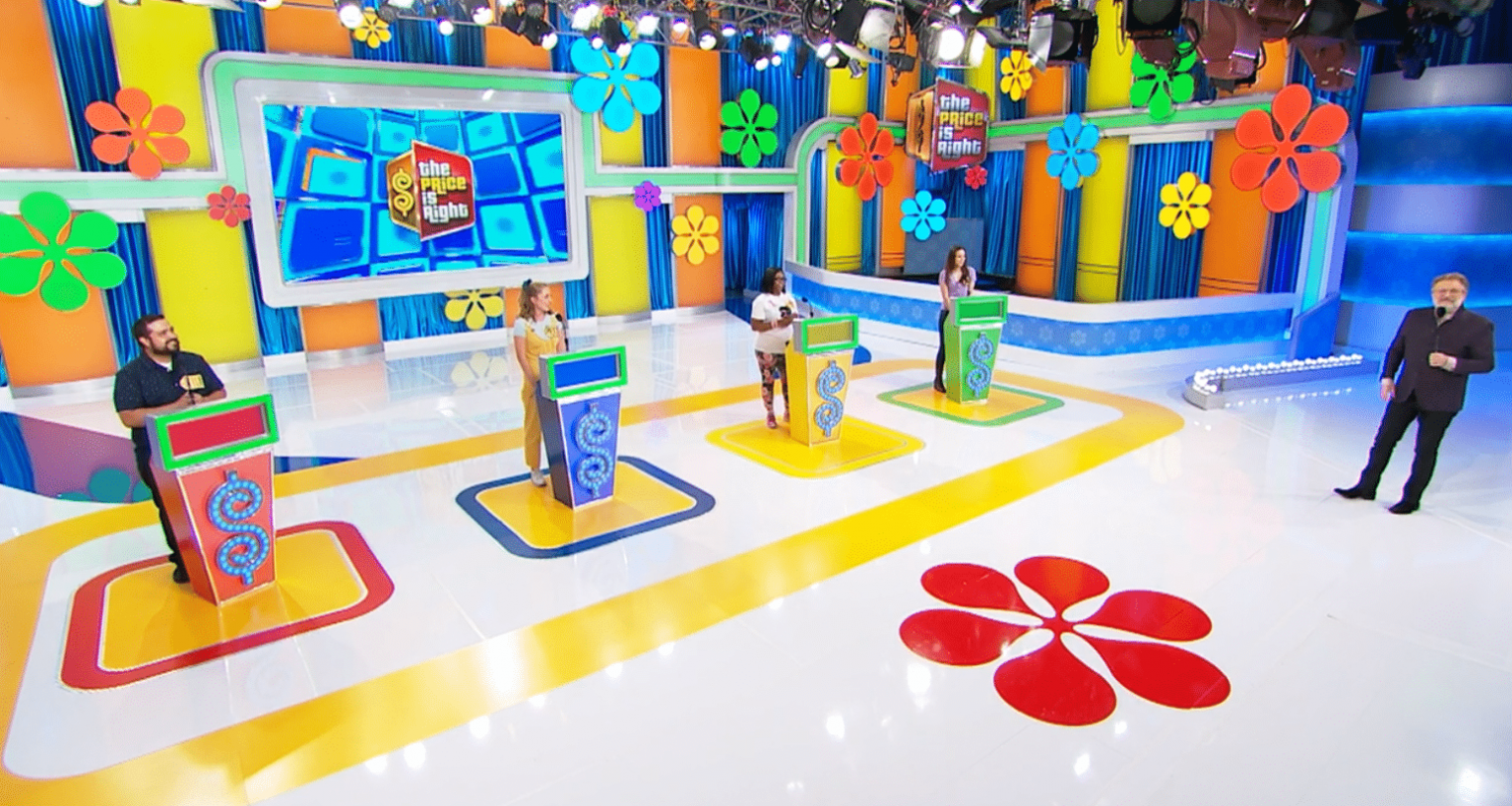 The Price is Right
Nerd Culture

While watching “The Price is Right” season 48 on Amazon Prime, my husband and I noticed that season 49 was now available. Now keep in mind that we were just watching a regular season of the show. Drew Carrey was being his charismatic self and the participants and studio audience were in full swing. So when we put on the latest season we were a bit stunned to see that what we were watching was the pandemic version of one of our favorite game shows. Complete with Drew Carrey now sporting a pretty epic pandemic beard.

Now what’s pandemic “The Price is Right?” Well first of all it looks like they ripped out the seating for the studio audience. Either that or covered it up for the time being. There is no panning to the crowd. There is no running down from the audience as you awkwardly squeeze past other audience members. Just appearing from either side of the stage, doing a little victory dance and standing at your podium. The podiums are now located on stage and are spaced six feet apart from each other.

As contestants “come on down” you’ll notice that they are wearing wristbands. These wristbands indicate that they have tested negative for COVID-19 and can participate in the show. Before they are called they are each isolated in different waiting areas where they wait to hear their name called. Drew Carrey says throughout the broadcast that they are taking proper measures to socially distance so that the audience at home knows that they’re safe. Which is a huge relief because watching shows where people are gathered together gives me a bit of anxiety. It just seems dangerous now…

Normally when a contestant wins the showcase showdown you would expect an enthusiastic person running up to Drew and either hugging or just getting really close in general. Now they stand six feet apart which is probably a welcome change as there have been a few times when Drew was almost knocked over from a fan that was a bit too eager. There are a few episodes where you see the contestants give “air” high fives that are pretty cute. Especially when they win their prizes.

The wheel is sanitized after every round of spins. They also tell us that hand sanitizer is given to the contestants to use before and after spinning the wheel. Instead of all three of them out on the carpet at once the first person will spin and then stand over by their number. Then the second person comes out and if they get a higher number they will stand where the last person was and the next person will come out. They rotate like that however it fits the show.

It’s even effected some of the prizes. For instance those trips that you could win to exotic places have been replaced with ones that reside inside the United States. Sorry, your not going to Japan.. your going to Arizona!! The reason for that is because travel in and out of the U.S. right now is not a good idea and to be honest, other countries probably wouldn’t want us there anyway. At least not right now.

While I know that this is only the temporary fix for the show since eventually there will be a vaccine for COVID-19. It is still really weird to watch unfold onscreen. If anything this will serve as a weird sort of time capsule that people in the future can study to know how we dealt with the pandemic.