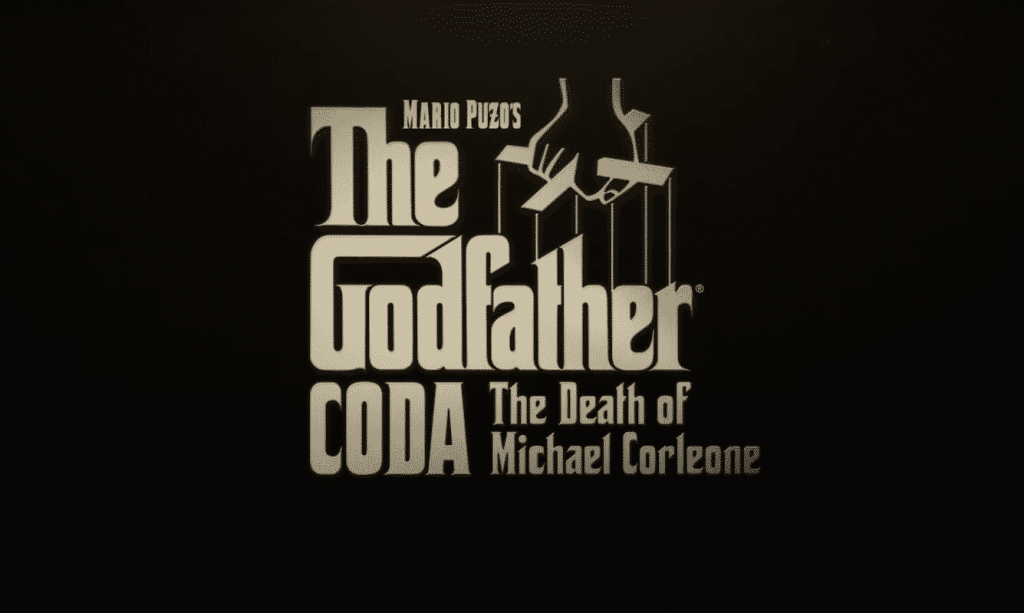 Coppola’s “The Godfather, Coda: The Death of Michael Corleone” Trailer

Director’s cuts- you know we love em (sometimes). Perhaps the second-most anticipated director’s cut (behind only what, probably the Snyder Cut? Maybe Lynch’s 4-hour Dune?) just got a trailer, and we’re beyond curious to see where Francis Ford Coppola‘s new cut of “The Godfather Part III” is gonna land.

“Part III” was, by all accounts, a serious let down for fans of the incredible “The Godfather” epic saga from director Coppola, who co-wrote with Mario Puzo (author of the source novel).

If you” recall, the actual intended title for the film was “The Death of Michael Corleone,” which Paramount Pictures outright rejected. The first two parts Coppola has always treated as a duology, while “Part III” was intended to serve as the epilogue to the Corleone saga.

At long cast, Coppola is getting his say, and “The Godfather, Coda: The Death of Michael Corleone” is getting it’s fair treatment, and an actual honest-to-goodness release.

It’ll be hitting Blu-ray™ and Digital on December 8th, 2020 and (optimistically, we might add) in select theaters starting on December 4th, 2020.