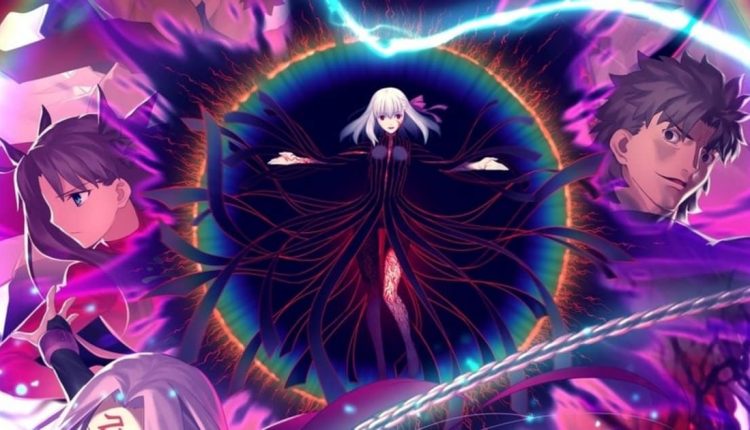 If you missed your chance to see the US theater debut of “Heaven’s Feel III: Spring Song,” the third film in the “Fate/Stay Night: Heaven’s Feel” trilogy, don’t despair! Additional show times have been added.

The initial release had been scheduled as a Fathom Event on Wednesday November 18. It followed a special double-feature of the first two films (“Heaven’s feel I: presage flower” and “Heaven’s feel II: lost butterfly”) the preceding Saturday.  I had seen the double feature, but unfortunately ended up missing the third installment. As luck would have it, additional showings have been scheduled from Friday November 20 through Tuesday November 24. However, with theaters open to limited capacities (and some closing in the wake of an upswing in local COVID-19 cases) seats are going fast.

“Heaven’s Feel III: spring song” is shown in Japanese with English subtitles. It will reveal the final outcome of main leads Shirou Emiyu and Sakura Matou.  Which is a good thing, as the second installment, lost butterfly, ended with something of a cliffhanger. In spring song, we will learn if Shirou can rescue Sakura as well as the final outcome of the Holy Grail War.

When we first met Shirou in “presage flower”, he was a student and apprentice mage, a survivor of the previous Holy Grail War mage war who was adopted by the mage Kiritsugu Emiya. Sakura is the little sister of a school mate of Shirou, who stubbornly pushes her way into his house and his life when Shirou is injured. The growing friendship between the two will later blossom into a romantic relationship. In the first film, we also learn that the Holy Grail War amongst mages is starting again, and Shirou can now participate as a Master. Shirou vows to become a “hero of justice” like his adoptive father. He also vows to protect Sakura when he learns of her abusive home life. He teams with another classmate, Rin Tohsaka, to battle some of the other mages and the mysterious Shadow that is attacking people in the city. The two also form an alliance with Illyasviel von Einzbern against Zoken Matou, head of the Matou family. When dark secrets are revealed in “lost butterfly”, Shirou may have to forfeit his dream of becoming a hero of justice in order to fulfill his vow to protect Sakura.

The “Heaven’s feel” trilogy was produced by Ufotable and adapted from Type-Moon’s visual novel. There have been previous television and movie adaptations of “Fate/stay night”, including “Unlimited Blade Works”

Coppola’s “The Godfather, Coda: The Death of Michael Corleone” Trailer

“Black Lightning” to End After 4th Season on The CW