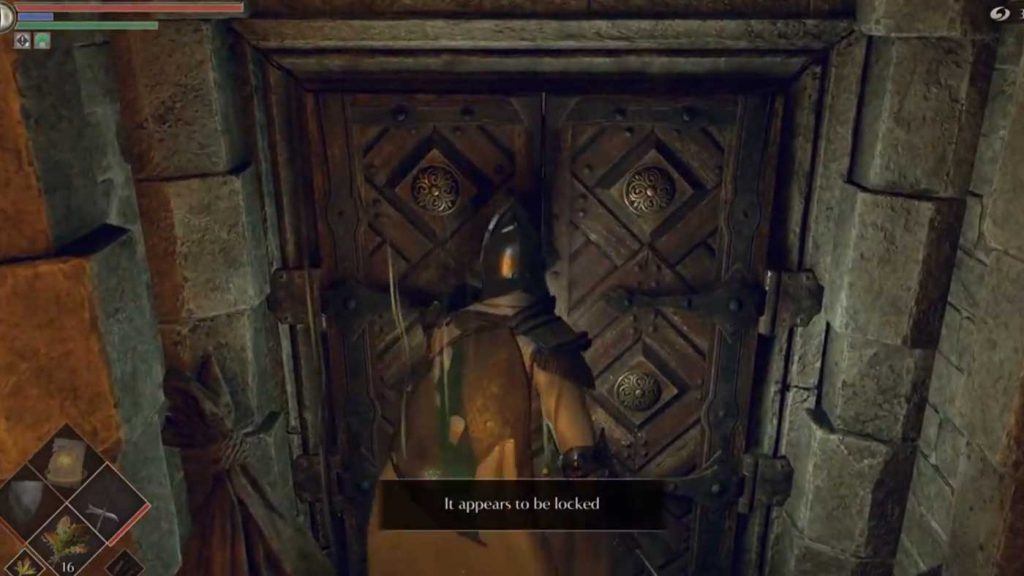 Everyone loves a good mystery. Bluepoint Games knows this well. That’s why they placed one mysterious locked door in the PS5 remake of “Demon’s Souls.” You can’t find the door in any other version of the game. So, what is it here for and what lies beyond it? Since the door’s discovery last weekend, players around the world have been asking that exact question.

As you would expect, people immediately began using exploits and other tactics to try and open the door. Some players donned complete armor sets to see if the door is a skill-level barrier. Others attempted to break the door open by cycling through every weapon in the game. It didn’t budge. When regular means fail, fans resort to exploits. Using camera exploits, some players were able to discover that an object lies behind the door. However, we still have no idea exactly what the object is or its purpose.

Recently, one speedrunner known as Distortion2 got the closest to solving this mystery. Using exploits, they scaled the surrounding walls which got them within reach of the courtyard. It’s in this courtyard that the mysterious object lies in wait. However, Distortion2 was unable to reach the object as the developers installed invisible barriers around it. This means that there must be a legitimate way to reach the object.

For now, this door remains a secret. However, it is likely that Bluepoint Games will reveal the door’s secret in time. Whether that time will be during a future update or seemingly at random, we will have to wait and see. Recently, the developer even sent out a Tweet eluding to the secret object. In the meantime, we’re sure many players will continue to devote hours of gamplay to trying to solve this mystery.