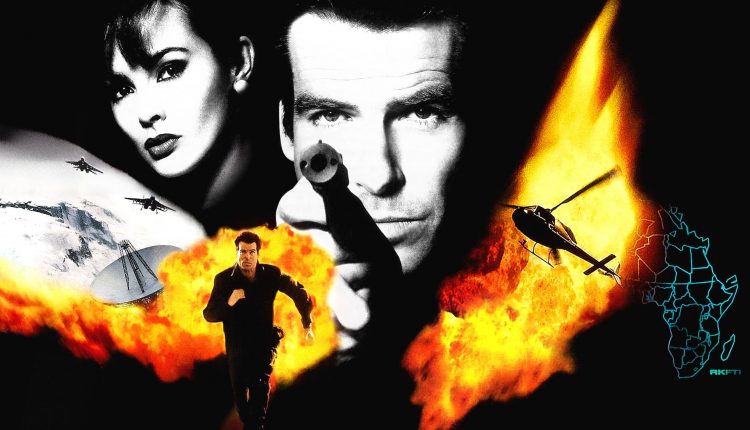 With 16 Bond films total at the time, and a six-year-gap between the last one and 1995- “GoldenEye” should only be mildly entertaining. After all, it’s the first 007 film not based on any of Sir Ian Fleming‘s novels, as well as a recast of all the major recurring roles including the bold choice of making M a woman for the first time.

By all accounts, “GoldenEye” is a risk, attempting to reinvent a wheel while also staying true to tradition, without source material. As it turns out, the risk was worth the reward, as “GoldenEye” is one of the most memorable and culturally influential Bond film of its time.

After a failed mission in Russia that claimed the life of fellow agent 006 nine years previous, MI6 spy 007 must attempt to thwart a plan by Janus (a Russian crime syndicate) to take over a hidden satellite known as GoldenEye that possesses the power to destroy whole cities with a single beam. As fate would have it, old friends become new enemies, and Bond must protect the only survivor of the GoldenEye attack to uncover the culprits and stop London from being destroyed.

It should be known that many of the Bond films predate me, and I was not raised in a home where the series was cherished. It must be said that “GoldenEye” is the first Bond film I’ve watched on my own while being old enough to understand it, at least on the surface. It’s important to understand this fact, because I absolutely love “GoldenEye” far more than most, and that includes all of the more recent Daniel Craig outings. Call it nostalgia, but “GoldenEye” doubles down on the cheek and charm without tarnishing its long standing reputation.

Directed by Martin Campbell, “GoldenEye” possesses everything you could want in a spy film. Campbell manages to pay homage to all of the typical bond tropes while also adding a layer of charming parody throughout. What we get is a fun, intriguing spy thriller rooted in tradition with a twist. It seamlessly transitions from whimsical punchlines and gadgets to complex and intricate characters. Sure Bond is, as M would put it, a “sexist, misogynist dinosaur,” but he also far more measured and calculated as a spy and as a man who, even if it is brief, does care about the outcome of things.

The casting for “GoldenEye” is where things really shine. Pierce Brosnan brings a lot to 007, changing from comedic wit to stoic spy with ease. Judi Dench as M is a welcomed variation, immune to Bond’s charm and outspoken in her disapproval of his methods and attitude. She is both an ally and an antithesis to a cavalier agent.

“GoldenEye” also marks the beginning of ends for Sean Bean, with is role as Alec Trevelyan setting off the cultural phenomenon of Bean dying horrifically in everything. But like everything else he dies in, he brings a gravitas to villainy that makes him perfect for a memorable Bond villain.

The impossibility of the action sequences in “GoldenEye” are acceptable by the films own admission of them. Of course it is impossible for a tank to Tokyo drift in the middle of Saint Petersburgh, or chase a plane off a cliff and catch up to it in midair. But the filmmaker and cast alike aren’t concerned with plausibility. There is enough tongue in cheek commentary throughout to compensate for it which in turn allows the viewer to simply accept and enjoy it. While many of the digital and green screen effects show their age, their practical stunts still hold up under scrutiny.

Lastly, it is impossible to discuss “GoldenEye” without discussing the massive cultural impact it has had on other media forms like first person shooters. The 1997 N64 counterpart put first person shooters on the map, paving the way for games like Halo, Call of Duty, and many others. GoldenEye the game brought the experience of FPS from PC to console, and forever altered the gaming world for decades after it. Of course, the film’s influence on video games has nothing to do with the merits of the film itself, but it is nevertheless worth giving credit where credit is due.

Despite strong critical reception, I have never been fond of many of the Bond films in more recent years. “GoldenEye” however still holds up some two decades later.

It is the shaken not stirred Bond film, mixing all the right ingredients (including some risky ones) into a charming, self aware classic. So fire up Netflix, turn on “GoldenEye” and shout along, I am invincible!