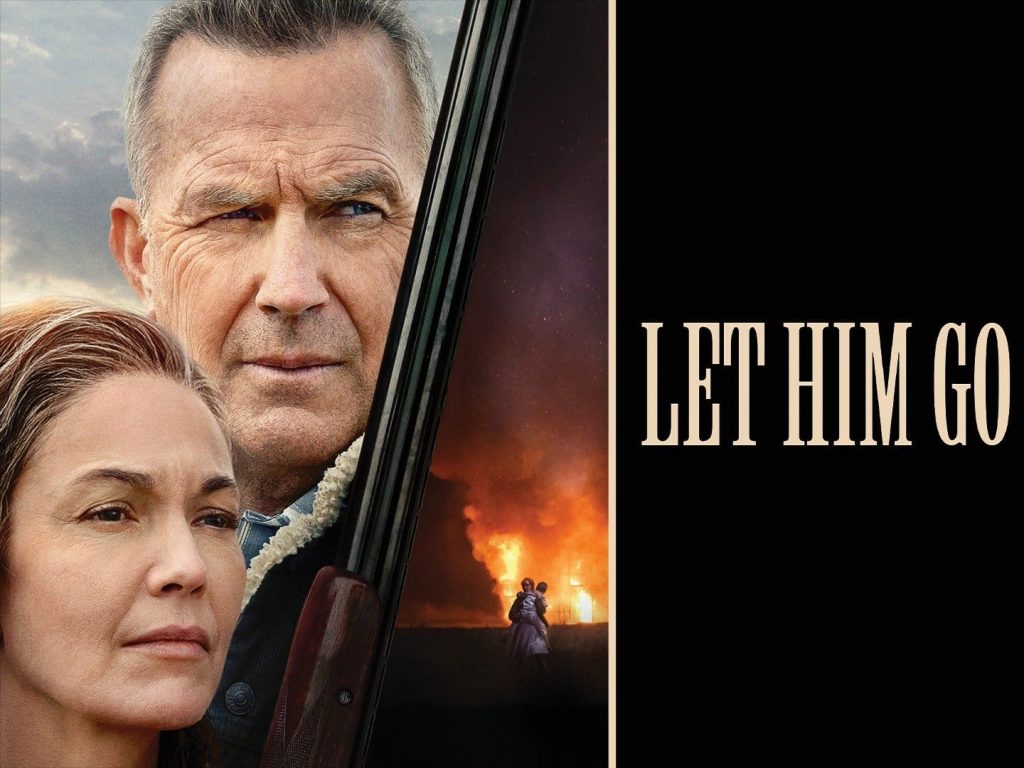 Kevin Costner is the kind of actor who has had a wide array of roles in his career, from post-apocalyptic water world survivor to a Robin Hood, but when he’s at his best is when he gets to embody a character that oozes Americana. When people remember him foremost is as his American Heartland self, from “Field of Dreams” to “Yellowstone” to “Man of Steel.” His latest outing, “Let Him Go,” sees him as retired sheriff George Blackledge, and continues to let him shine in that same vein.

Set in early 1960’s Montana, George and his wife Margaret (played by “Streets of Fire’s” Diane Lane) have a quiet country life on a rural horse ranch. After tragically losing their son in an accident, their daughter -in-law Lorna (Kayli Carter) eventually meets a new fellow, Donnie Weboy (Will Brittain), and moves away. Before the newlyweds leave town Margaret spots them in down, with Donnie abusing both Lorna and the grandson. Margaret convinces George of what she saw and determines to get back her grandson and to rescue Lorna if she can.

When they finally catch up with Donnie, it becomes clear that the entirely Weboy clan is only a few inbreedings this side of Deliverance. The clan is ruled by Blanche (Lesley Manville) who is just as determined to give up neither Lorna nor the child.

It’s very much the modern neo-western atmosphere and played every bit with the slow burn that one can often see in mid-century set character pieces. It’s not an action filled movie, and it’s like an old yarn being spun out by a great-uncle as they set up a chess board for a game, and that takes a while. However, once all of the pieces are in place things quickly go south.

The Weboy clan have the area townsfolk and officials cowed enough that they’re not really interested in helping the Blackledges recover their grandson. Their main advise is to forget about him and return home. Why the clan holds such a position isn’t really spelled out, but they have a level of menace and barely constrained crazy (the sort that you might find in a revival minister from the same era) that probably would warrant a wide berth.

A special nod needs to be given to the underused character of Booboo Stewart, played by relative newcomer Peter Dragswolf (who can be seen in the Netflix film, “Julie and the Phantoms“). Booboo is a young Native American who had been subjected to the American Government’s practice of removing children from families and placing them in Indian Boarding Schools to be de-Indian’d. Stripped of his heritage but also not welcome among the whites, Booboo is alone. His heartfelt relating of his situation and why he chooses to live in a small cabin with a runaway horse is worthy of at least some end of year award nominations.

The performances are subdued and introspective, with only Blanche really swinging for the fences. However they all work well within the type of tone the film is trying to set up. If you’re not in the rush, and you appreciate some solid character work, “Let Him Go” will likely be worth your time. If something more straight up action, then you might save if for another time.

“Let Him Go” is rated R for some graphic violence and is now playing in select theaters.