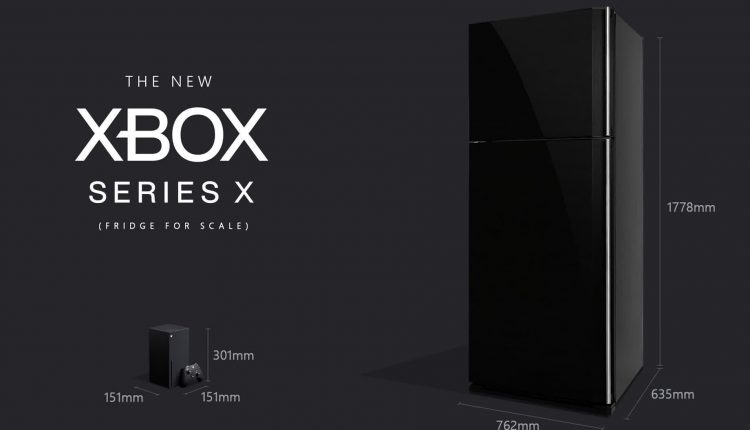 We’ve all seen the memes across the internet. Since their reveal, fans have been comparing next gen consoles to technology you’ll find in your own home. The PlayStation 5 looks like a weird wi-fi router. Meanwhile, the bulky Xbox Series X looks like a mini fridge. Well, Microsoft decided to play off these claims in a hilarious way-by making an actual Xbox Series X fridge.

In fact, the company made three full-sized Xbox Series X refrigerators. One of these refrigerators was given to YouTuber iJustine. In her unboxing video, we get a chance to see just how much the fridge resembles Microsoft’s console. Upon opening the fridge, the familir Xbox green light pours out. If that’s not enough, the Xbox start-up sound plays as the door opens. On the outside, the fridge is an exact replica of the console down to its glowing white Xbox logo on the door. Of course, the fridge is also fully functional. There are a ton of nice drawers and shelves inside to fit all of your groceries and soda for long gaming nights.

The second refirgerator went to rapper Snoop Dogg. In his own video, he reveals that he has already stocked the refrigerator. It’s full of orange juice, alcohol and a cake shaped like the console that says “Happy Birthday to the Xbox OG.” As for the third console, it could become yours. The final refrigerator is being auctioned off to a lucky fan. It’s nice to know that all of the memes paid off with this beauty becoming something that actually exists in our world.