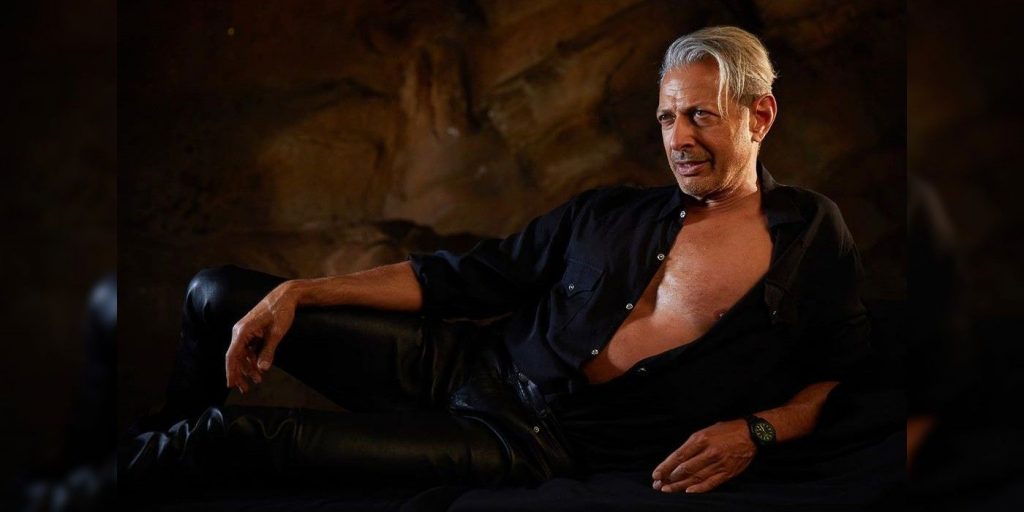 Oh Jeff Goldblum, How We Love You and Your Goldbluming

Jeff Goldblum, actor, crooner, delightfully eccentric at times personality that he is- just brought back one of his most iconic character poses.

Surprising no one, the next “Jurassic Park” moment to be recreated by Goldblum while on set for “Jurassic World: Dominion” is that scene that launched a thousand memes- shirtless Dr. Ian Malcolm in repose, aka Goldbluming.

Jeff, as well as his fellow “Jurassic Park” stars Sam Neill and Laura Dern have been using their positions of influence to encourage US fans of the dino series to register to vote in the upcoming presidential election that may be the most important of the modern era.

Having reached 3,000 new registered voters, Goldblum made good on his promise and gifted us all with THIS work of art.

Let’s all remember that Jeff Goldblumed when he received his star on the Walk of Fame in Hollywood, much to our absolute delight.