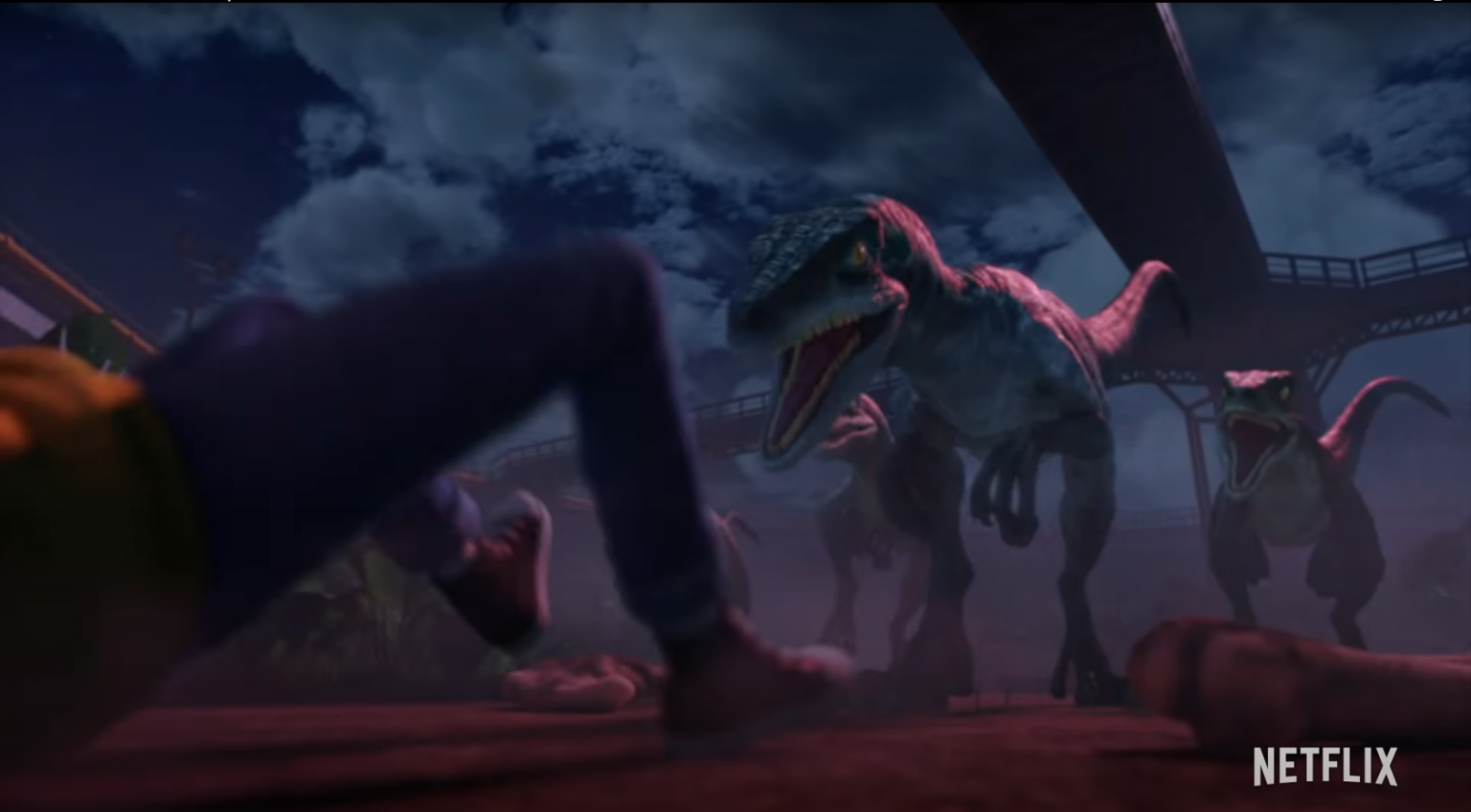 We are so pleased to share with you the first trailer for the upcoming DreamWorks Animation, Universal Pictures, and Amblin Entertainment CG animated “Jurassic World: Camp Cretaceous” series coming to Netflix!

You can see the first trailer here.

Set against the timeline of the blockbuster film Jurassic World, Jurassic World: Camp Cretaceous follows a group of six teenagers trapped at a new adventure camp on the opposite side of Isla Nublar. When the events of the film unfold and dinosaurs are unleashed across the island, each kid realizes their very survival rests on the shoulders of themselves and their fellow campers. Unable to reach the outside world, our six teens will go from strangers to friends to family as they band together to survive the dinosaurs and uncover hidden secrets so deep they threaten the world itself.