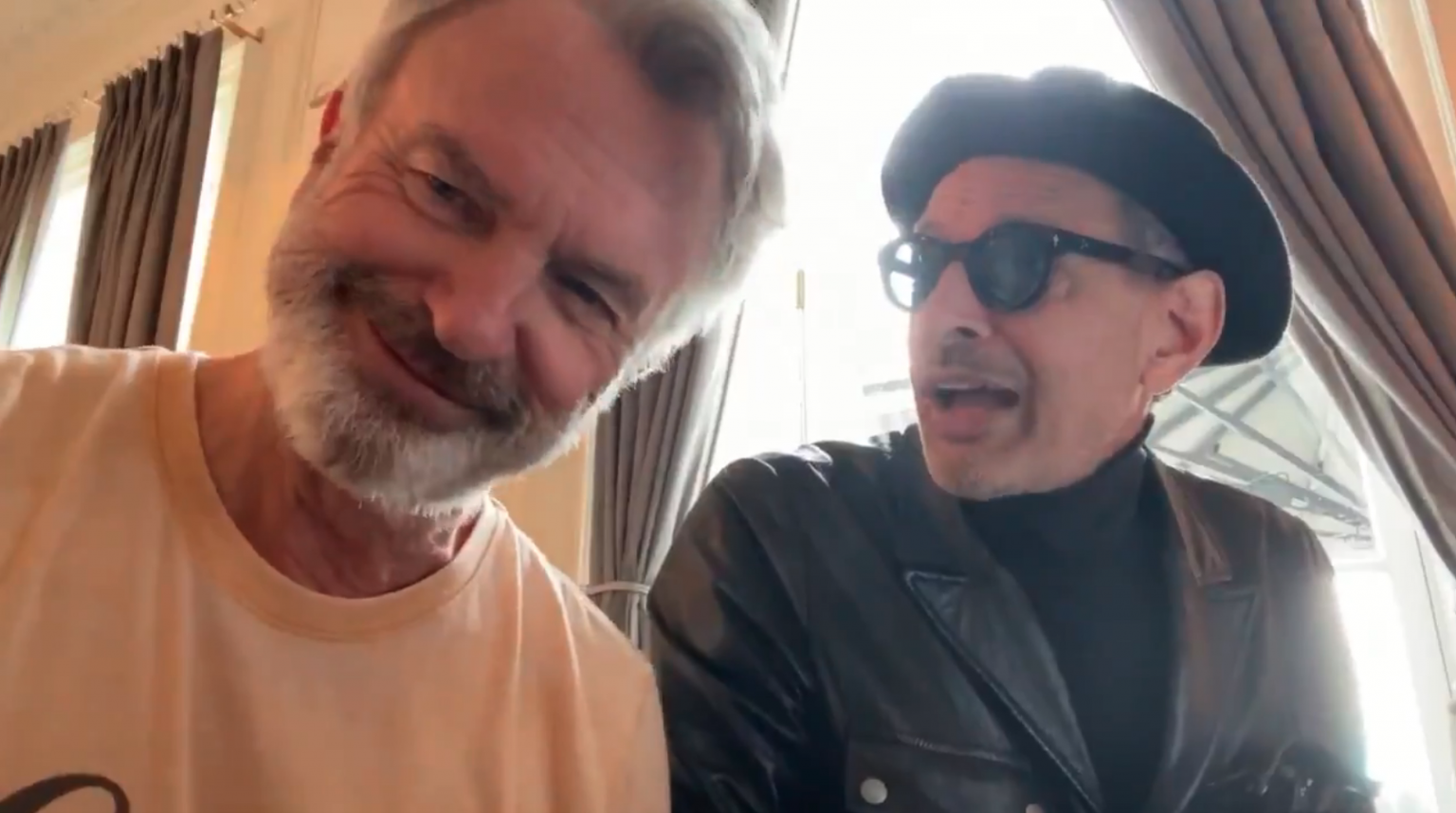 We’ll admit it- “Jurassic Park” is still one of those franchises that’ll get our dollars when a new title comes out. Yes, we’re still a little burned out from the most recent two installments- “Jurassic World” and “Jurassic World: Fallen Kingdom“- but we’re more willing to give them a chance with the next entry, “Jurassic World: Dominion.”

Considering the return of the saga’s most notable personalities like Sam Neill, Laura Dern, and Jeff Goldblum– we’re downright hopeful again. Colin Trevorrow, who wrote the screenplay with Emily Carmichael, based on a story by Trevorrow and his writing partner, Derek Connolly, is directing.

This brings us to Neill’s recent Twitter post, which showcases the Kiwi actor sharing a piano bench with Goldblum.

In case you’ve forgotten- Goldblum is an accomplished musician, and even released an album with his band, The Mildred Snitzer Orchestra, in 2018.

We’re delighted to see the pair back together again.

“Jurassic World: Dominion” is currently attempting to complete filming now, and still has a release date of June 11th, 2021.