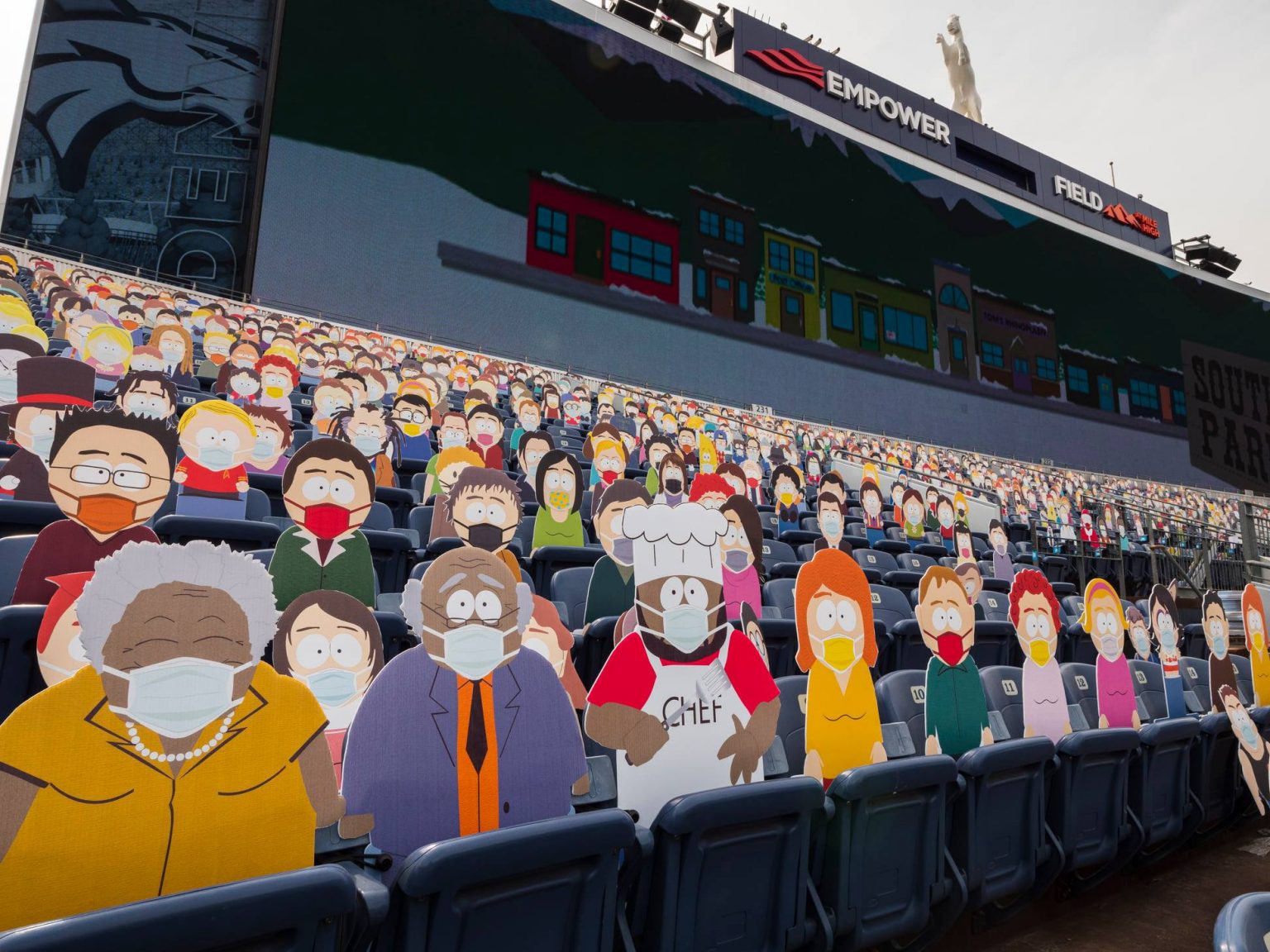 The Denver Broncos filled their Empire Field at Mile High with cardboard cutouts of “South Park” characters during their Sunday game. This was kind of a brilliant thing to do.

As you may have noticed, in-person large scale events are still a really bad idea- until the public can actually follow mask guidelines and social distancing practices- so several sporting teams have found creative ways to include fans likenesses as cardboard cutouts in the stands.

But the Broncos took it a step further by featuring all the citizens of South Park, Colorado.

As you can see in the gallery from the Broncos’ official social media pages (they did not credit the photographer, shame on them!), Mr. Hanky enjoyed the game with his neighbor, Jesus, and Satan looked like he was having a good time too.

Clearly the best addition is the Goth kids behind the bleachers. Probably listening to Clan of Xymox and smoking Djarum Blacks.