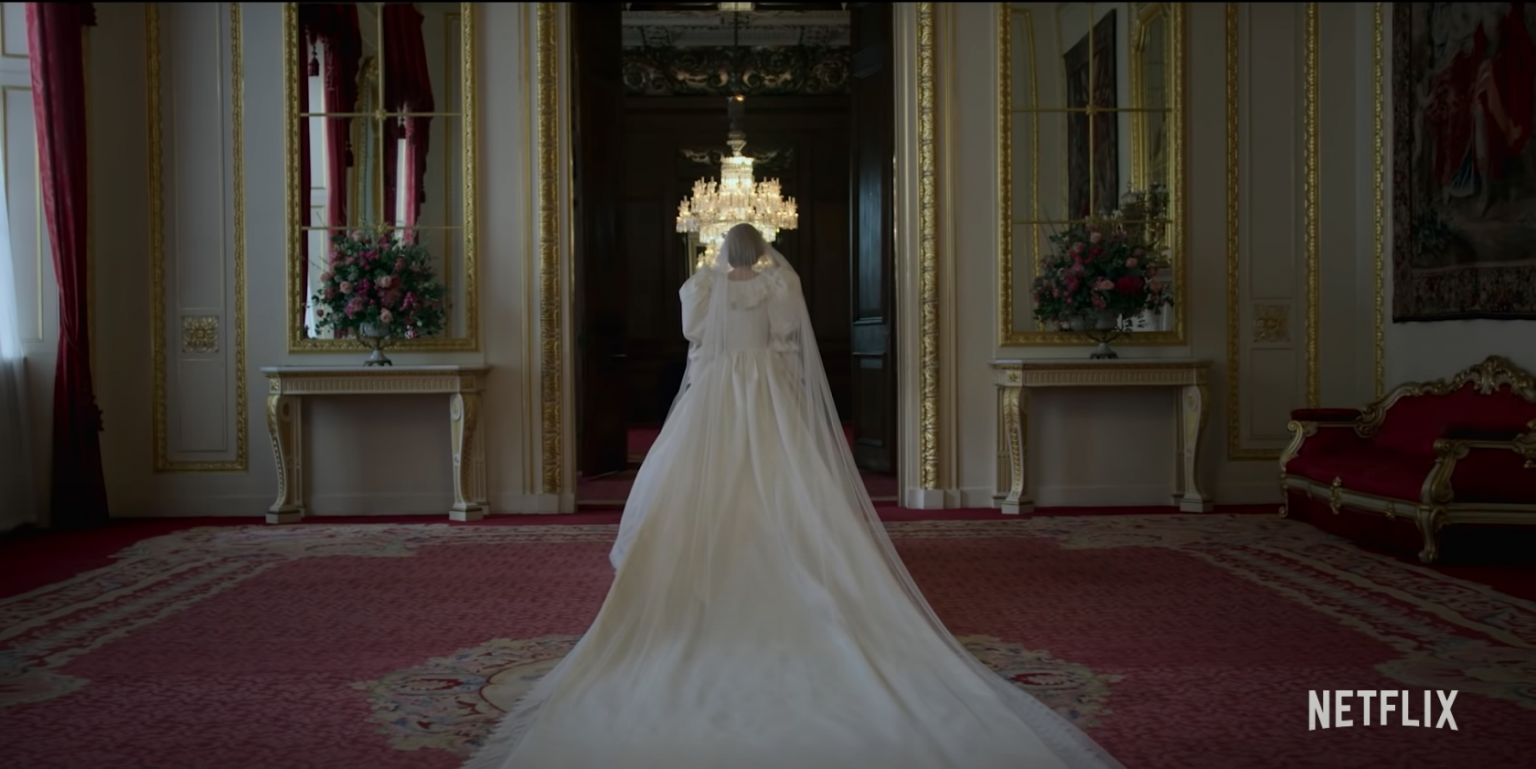 We are so pleased to report that Netflix has announced the release date for season 4 of their fabulous series all about the English monarchy, “The Crown,” as well as a first-look teaser trailer of the new cast in action.

If you’ll recall, season 3 of the series brought a new crop of royals to Buckingham Palace, with Oscar winner Olivia Coleman taking on the role of Her Royal Majesty Queen Elizabeth II from Emmy winner Claire Foy, Tobias Menzies taking over as His Royal Highness Prince Phillip from Matt Smith, Helena Bonham Carter taking over as Princess Margaret from Vanessa Kirby, and the introduction of Josh O’Connor as Prince Charles.

We cannot get over the beautiful teases of iconic moments- Diana from the back with that hair, and flashes of the famous wedding dress.

As the 1970s are drawing to a close, Queen Elizabeth (Olivia Colman) and her family find themselves preoccupied with safeguarding the line of succession by securing an appropriate bride for Prince Charles (Josh O’Connor), who is still unmarried at 30. As the nation begins to feel the impact of divisive policies introduced by Britain’s first female Prime Minister Margaret Thatcher (Gillian Anderson), tensions arise between her and the Queen which only grow worse as Thatcher leads the country into the Falklands War, generating conflict within the Commonwealth. While Charles’ romance with a young Lady Diana Spencer (Emma Corrin) provides a much-needed fairytale to unite the British people, behind closed doors, the Royal family is becoming increasingly divided.