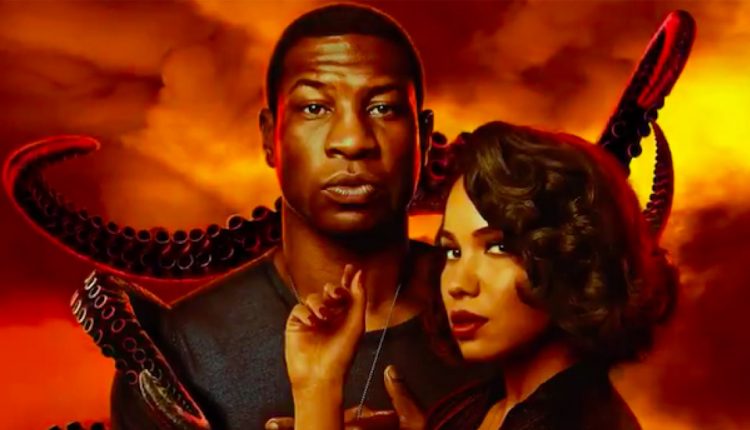 “Lovecraft Country” Highlights Which Monsters to be Afraid of [Review]

HBO is diving into the even deeper end of the allegorical genre fiction pool with its new series “Lovecraft Country.” A reference to the science fiction/horror/fantasy worlds of the celebrated author, H.P. Lovecraft, the series is a neo-anthology, with set central characters spanning the season, but moving from from story to story. The vibe is a mix of the racial by way of genre flavor of “Watchmen,” the thriller of “Get Out,” find the monsters of “The X-Files,” and the quest of the week like “Friday the 13th” or “Warehouse 13.”

Set in the 1950s, the series follows Korean War veteran and science fiction novel reader Atticus (“The Last Black Man in San Francisco”‘s Jonathan Majors) who returns home looking for his father (played by “Boardwalk Empire”‘s Michael Kenneth Williams). With the help of his uncle George (“Flashforward”‘s Courtney B. Vance) and Letitia (“Birds of Prey'”s Jurnee Smollett), they discover that Atticus’ interest in science fiction might be less fiction than they might have hoped.

As they go off on their search, and begin to encounter various monsters and things that go bump in the night, it becomes clear that the monsters can at least be fought and beaten. It’s the ever-present oppression and racism from townsfolk and police that cause far more tension. Genre series that present aliens or monsters as analogues to racism, sexism, or LGBTQ+ oppression as vehicles to tell their stories is hardly anything new. In fact it’s always been the main gist of science fiction since its inception. This applies even when the authors themselves are wildly racist themselves (H.P. Lovecraft himself was outspoken publicly in his racism and used it as plot points himself in many of his stories). However here we have a series that uses regular humans to drive home the very real historic (as well as modern day) horrors of racism, but also including monsters in the mix. The human stories in the episodes made available for screening wind up providing more tension and fear than any of the spell-wielding cultists, monsters, or paranormal elements.

Atticus’ own name is likely a reference to Atticus Finch, the protagonist to the classic novel, To Kill a Mockingbird. In the novel Atticus is a lawyer who would fight on behalf of victims of prejudice. Through Lovecraft Country’s Atticus’ fondness for horror and science fiction, he has insights onto some of the approaches on how to defend his friends, family, and others, along their journey. Various episodes have him coming across classic genre novels on shelves which will then wind up relating to events shortly to unfold.

One doesn’t have to be familiar with the books to enjoy the storyline, but for those that do know them, it can provide a bit of thrill feeling that one has some insight into the underlying currents that are about to strike.

Differing episodes have very different tones and approaches, from a monster attack in a forrest to a haunted house to a mystical cult. It does have the feel of an anthology, but with a far stronger throughline carrying the show’s lead characters along the way.

So far it proves to be well crafted and provokes plenty of emotions, but those emotions are far more in play as when our characters are pulled off the road by a small-town sheriff who informs them that they’re in a sundown county and if they don’t clear out before the sun hits the horizon, he’ll be more than happy to arrest them all (with the implicit threat that they’ll likely never make it as far as the jail). When the monsters start to rear their heads, they feel somewhat far more manageable after escaping the sheriff.

But then perhaps that’s the point that the series is trying to drive home.

“Lovecraft Country” airs Sunday evenings on HBO (the regular one, not just on HBO Max).

This Mom Crocheted an Entire Xenomorph Costume for Halloween

“Emergency” Buddy Comedy with Something…