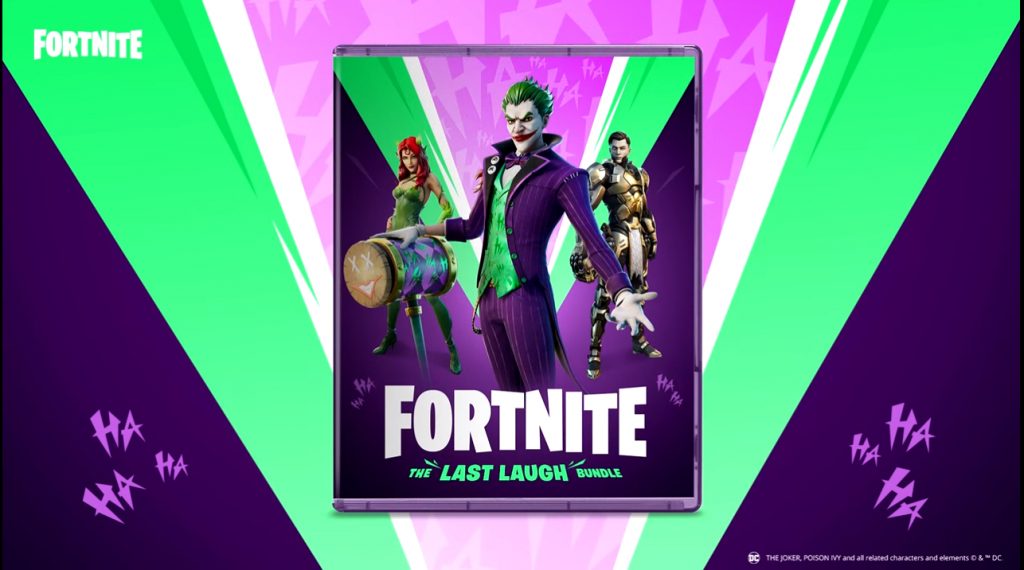 Epic Games isn’t letting a slew of lawsuits slow them down. Despite their ongoing war against Google and Apple, the company seems to be taking a business as usual approach to their massive money-maker “Fortnite.” Yesterday, Epic Games announced a new partnership with DC Comics and Warner Bros. Pictures that brings some famous villains to the game. The Last Laugh Bundle will give players in-game items based on some of DC’s most popular villains.

This latest bundle comes with 1,000 V-Bucks (Epic’s in-game currency) and 11 new in-game items. Players will get three new outfits to turn themselves into the Joker, Poison Ivy or Midas Rex. While the first two are DC villains, Midas Rex is actually a character from “Fortnite.” As the boss of the previous season’s spy agency, Midas was killed early in this season when he was eaten by a shark. It seems he is getting the last laugh though, as he is back with a cool new golden armor set.

New outfits aren’t all players will receive though. This latest bundle also includes three Back Blings: Laugh Riot (reactive), Back Bloom and the Midas Crest. There are also four new pickaxes called Bad Joke, The Joker’s Revenge, Ivy Axe and Kingmaker. Finally, all bundles also include the Pick a Card Emote.

The Last Laugh Bundle will retail for $30. Interestingly, the Bundle’s press release confirms that it will be available for Nintendo Switch, PS4, Xbox One, PS5 and Xbox Series X on November 17th 2020. Since neither Sony or Microsoft have officially confirmed release dates for their next gen consoles yet, this could mean we can expect them on or before November 17th. Both companies are expected to give official release dates in the near future.