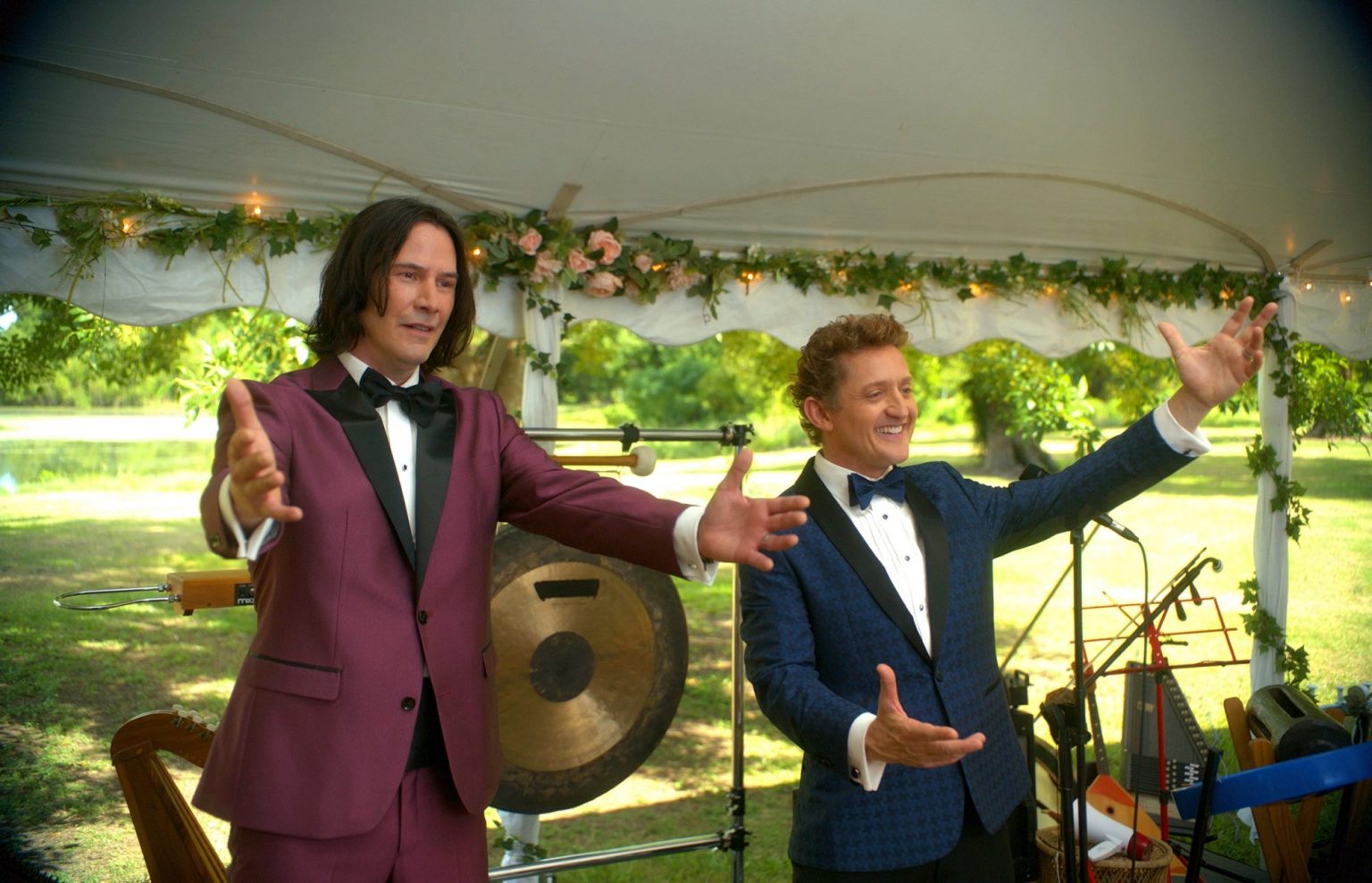 “Bill & Ted Face The Music” Moves Up One Week! [Video]

We are so totally thrilled to share this news, dudes! “Bill & Ted Face The Music” is moving up it’s VOD (and theatrical) release by an entire week, which means we’ll be seeing The Great Ones of Wyld Stallyns this month!

Thanks to Orion Pictures, we need this.

The video celebrates the hilarious and heartfelt bond between Keanu Reeves and Alex Winter and the new generation of friendship between Samara Weaving and Brigette Lundy-Paine.

The stakes are higher than ever for the time-traveling exploits of William “Bill” S. Preston Esq. (Alex Winter) and Theodore “Ted” Logan (Keanu Reeves). The now middle aged best friends set out on a new adventure to seek the song that will set their world right and bring harmony in the universe, with the helped by their daughters (Samara Weaving and Brigette Lundy-Paine), a new batch of historical figures and a few music legends. The film also stars  Kristen Schaal, Erinn Hayes, Jayma Mays, Holland Taylor, Kid Cudi, Anthony Carrigan, Jillian Bell, Beck Bennett, William Sadler, Hal Landon Jr. and Amy Stoch.

BILL & TED FACE THE MUSIC will be released on demand and in theaters on August 28, 2020.