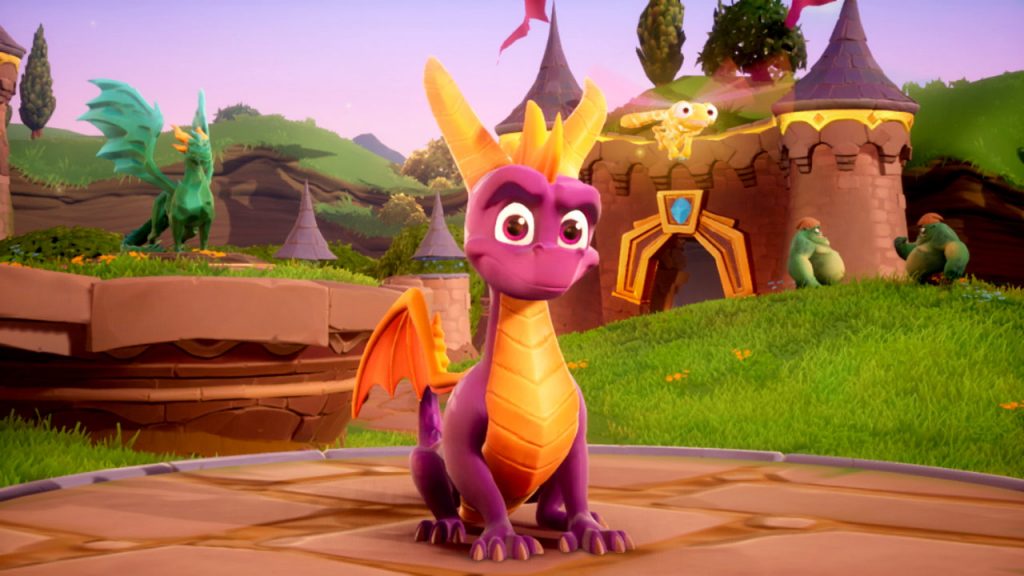 The “Spyro Reignited Trilogy” is Half off on the Nintendo eShop

It wasn’t too long ago when we set up the PS2 and tried playing Spyro with the kid. It was ok, but the controls weren’t great and everything you remember plays worse when you go back to it. No matter how fond your memories are of beating the bad guy the controls just lack. But now you can play it for the Nintendo Switch in a fully remastered version of our favorite Spyro games. Also of note, it’s half off down from $40 to only $20. So it’s really a great deal right now.

The “Spyro Reignited Trilogy” has three different Spyro games. Spyro™ the Dragon, Spyro™ 2: Ripto’s Rage! and Spyro™: Year of the Dragon are all remastered and play like cake. In fact they play so well that my 5 year old can just play on her own. Sure she’s good at games in general but it’s also great for us adults who may have forgotten the controls over the years. It’s all very intuitive.

Check it out in the eShop by clicking the link here.

Spyro is back, and he’s on-the-go!

The original roast master is back, and he’s on-the-go! Same sick burns, same smoldering attitude, now all scaled up in stunning HD. Spyro is bringing the heat like never before in the Spyro™ Reignited Trilogy game collection. Rekindle the fire with remastered versions of the original three games, Spyro™ the Dragon, Spyro™ 2: Ripto’s Rage! and Spyro™: Year of the Dragon. Explore the expansive realms, re-encounter the fiery personalities and relive the adventure in fully remastered glory. Because when there’s a realm that needs saving, there’s only one dragon to call.

• Relive all your favorite moments from the first 3 games on Nintendo for the first time, wherever you go
• Play as Spyro, Hunter, Sheila, Agent 9 and more favorite characters from all the levels, mini games and side quests you know and love from the original Trilogy
• Soar through more than 100 levels, faithfully in the spirit of the originals and now reimagined with lush environments and stunning new details

So what do you think? Are you going to pick it up? Tell us in the comments which is your favorite game!