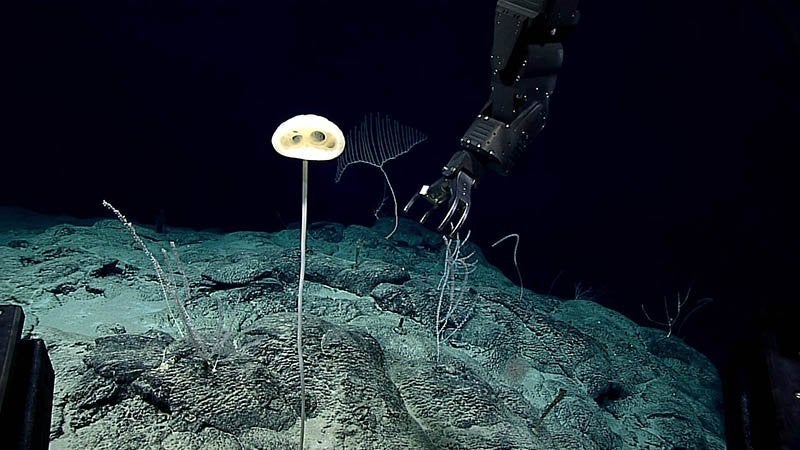 This Newly Discovered Sea Sponge is Named after Spielberg’s “E.T.”

In a world where we name things according to pop culture icons we’re usually waiting to hear what will be next. Will it be a snake named after Salazar Slytherin? How about a new monkey named after a character in Planet of the Apes? Well we have our answer for now because this newly discovered sea sponge will now be known as Advhena magnifica or “magnificent alien.”

“In the case of Advhena magnifica, the shape of this sponge is reminiscent of an alien, like in the movies, with what looks like a long thin neck, an elongated head, and huge eyes,” said Dr. Cristiana Castello Branco, who discovered the sponge. “While we haven’t ‘officially’ given it a common name in our paper, ‘E.T. sponge’ seems to fit.”

Though the sponge was spotted in 2017 during the NOAA ship Okeanos Explorer in the Pacific, it’s just recent that a paper came out about it. “A collection of hexactinellids (Porifera) from the deep South Atlantic and North Pacific: new genus, new species and new records” which was published by Ocean Exploration and Research.

The new species was found about 850 miles off the southwest of Hawaii and found in a place that underwater explores dubbed “Forest of the Weird.” The thought instantly that the new creature was alien like and likened it to Spielberg’s 1982 classic “E.T.”