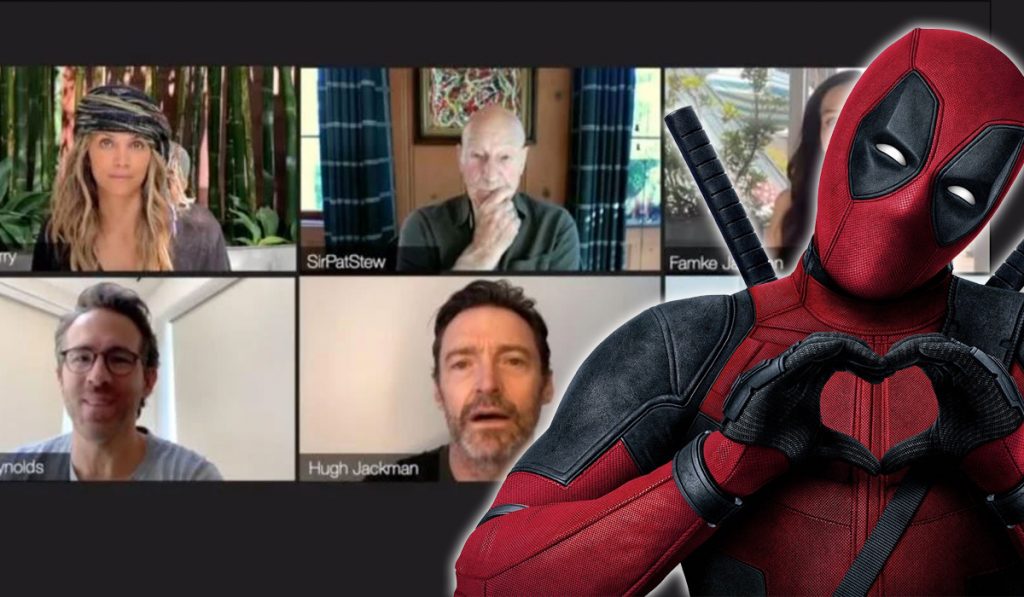 In a move totally in line with Deadpool’s persona, Ryan Reynolds hijacked an “X-Men” 2000 movie reunion on Zoom. They cast were getting together to “Celebrate the heroic acts of healthcare and other essential workers and everyday superheroes during Global Goal: Unite for Our Future on June 27.” Not only did Reynolds pop in but he invited some friends!

The reunion begins with original cast members Hugh Jackman, Patrick Stewart, Halle Berry, and Famkè Janssen and a place holder for Sir Ian McKellan. As the cast discussed how long it had been since they filmed “X-Men” Reynolds popped in, trying to get into the team just like Deadpool does. Everyone ended up having “other reunions” to do it left Reynolds alone with Hugh Jackman. Turning it into a “Wolverine” reunion with Liev Schreiber. Sophie Turner who plays Jean Grey, and James McAvoy who plays Charles Xavier in the Simon Kinberg rebooted “X-Men” franchise, joined too.

Reynolds and Jackman have an ongoing thing troll each other on social media. Which is always fun to witness because you know that there will be something coming back from it.

What would be great to see is if they can get Deadpool in the regular MCU now that Disney/Marvel own all properties. Even if they can’t get Hugh Jackman back as Wolverine since he retired the character, it would be fun to see Reynold’s rag on him in the current universe. Deadpool usually mocks the X-Men in the comics but we think that he would be an excellent team member and add great comedic value to the movies. Even if he’s just walking in the background listening to music and making faces.