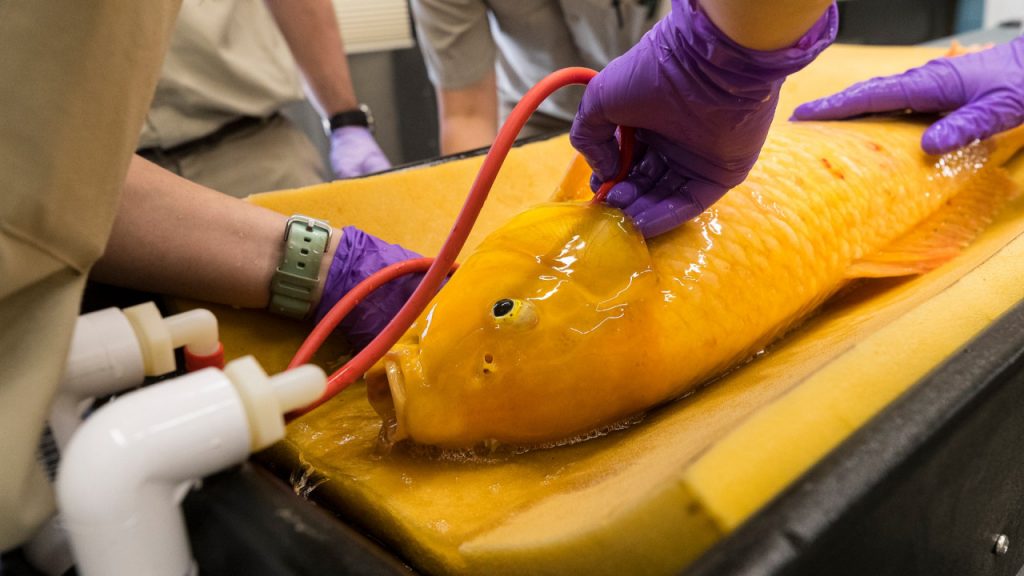 Koi Fish has Successful Out of Water Surgery

It’s always amazing to not only read about new animals but the technology surrounding them. The San Diego Zoo just threw down and completed a successful fish surgery while the fish was out of water. It’s quite a deal for Veterinary Science. Check out the image they released below of the surgery.

They spotted a few masses on the fish while it was swimming in their 18,500-gallon pond in the Terrace Garden area of the zoo. The fish is 35 years old but for a koi fish that is quite young. Some koi can live up to 200 years! Initially they were worried that the masses they had spotted could be connected to underlying tissue. Fortunately it was only on the surface scales and they were able to remove it successfully.

“The concern was that the masses could become ulcerated and affect deeper tissue,” Dr. Ben Nevitt, the zoo’s senior veterinarian, explained in a press release. “Upon examining the fish, the masses seemed to only affect the scales in the area and not underlying skin, so the mass removals were pretty straightforward.”

They were able to successfully remove them by putting the fish under anesthesia and running water over its gills so that it could breathe.