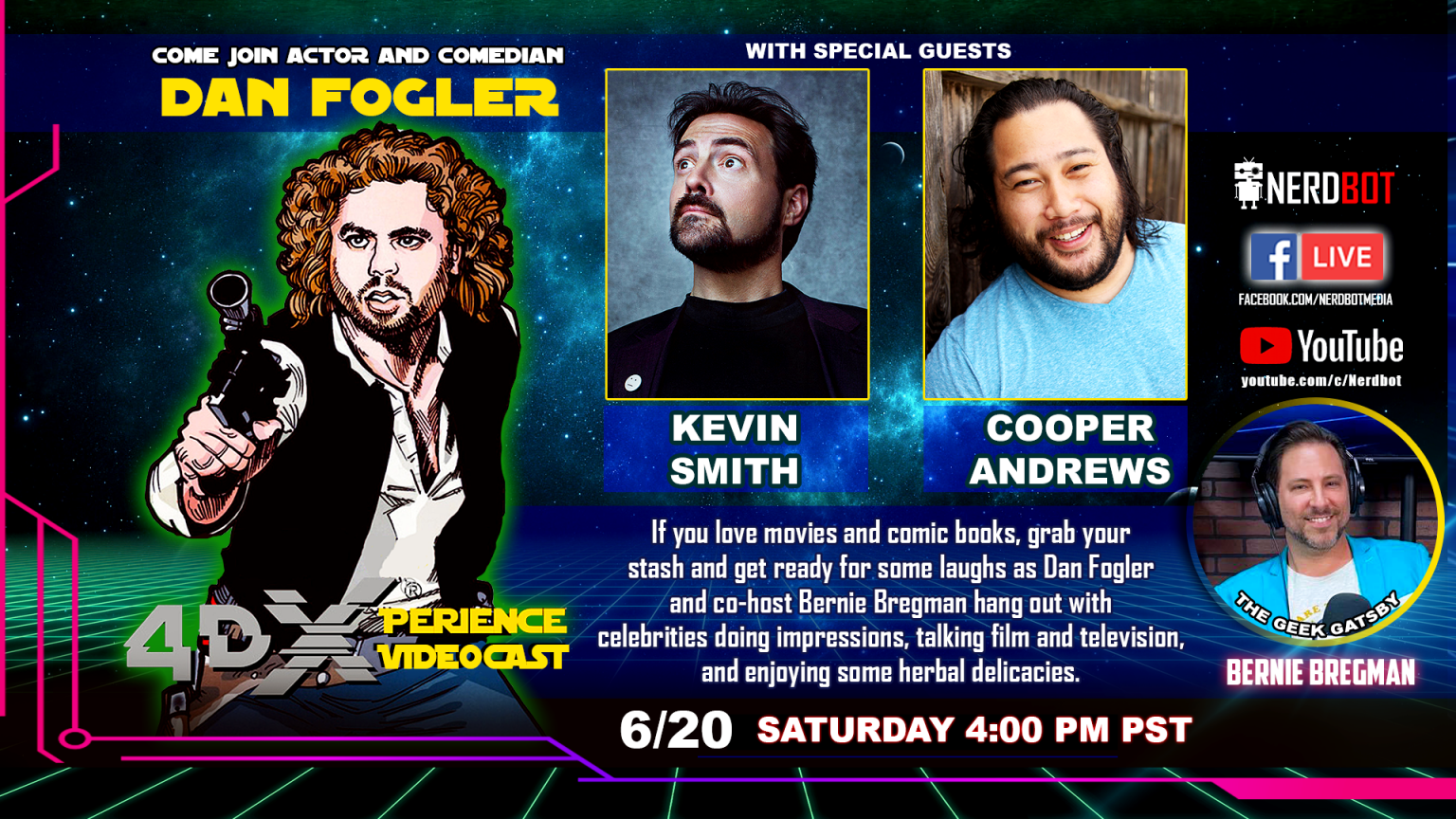 We are THRILLED to announce Dan Fogler‘s 4DXperience VideoCast is coming exclusively to Nerdbot, with some pretty great guests lined up for the first episode. Kevin Smith, no stranger to the various forms of talkshows and babbling-on, will join Cooper Andrews (“The Walking Dead,” “Halt and Catch Fire”) as the inaugural episode’s visitors.

If you love movies and comic books, grab your stash and get ready for some laughs as Fogler (“Fantastic Beasts,” “Fanboys,” “Walking Dead”) and co-host The Geek Gatsby Bernie Bregman hang out with celebrities doing impressions, talking film and television, and enjoying some ‘herbal’ delicacies.

Bregman gave us a little hint of what you can expect from the new version of the 4DXperience:

“The Dan Fogler 4DXperience is a (sometimes cannabis fueled) hilarious hang out of some of your favorite stars from big and small screen led by one of the most infectiously funny personalities today. Dan is also one of the best physical-comedy stars on screen right now, and the new video format of the show, which will be carried on Nerdbot, will give that element a chance to shine and infect hundreds of thousands with some much needed laughter.

We’ll talk films, shows, musicals, weed, and do impressions. Whether it’s Dan impersonating Al Pacino having sex, Cooper Andrews doing James Earl Jones social distancing, or Ross Marquand doing Werner Herzog at Costco- there will be LEGENDARY viral moments each show. We’re also looking to make this one of the most fan friendly and inclusive shows, so look for ways fans can be involved. We’ll have polls, Q&A, and maybe even bring fans on to the zoom chat live.”

So, set your alarms now for Saturday June 20th at 4pm (PST) for the first episode of the 4DXperience VideoCast!