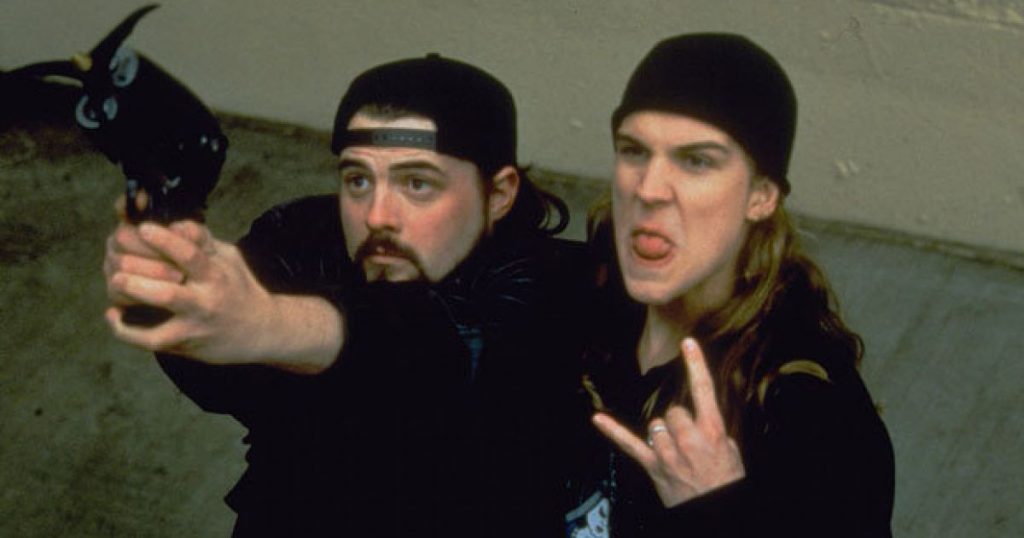 Kevin Smith will be live streaming his movie Mallrats on Monday April 20th at 8pm in an effort to raise money for coronavirus pandemic relief efforts. He is presenting the stream for free but there will be a link to click if you would like to donate to the relief fund. If not you can just sit back and enjoy yourself while you watch one of his classics. The movie is showing as part of Focus Movie Mondays, where Focus Features will stream a film from its library every Monday for free on its Facebook, www.facebook.com/FocusFeatures.

Mallrats came out in 1995 as a follow up film to Kevin Smith’s first movie “Clerks”. While the critics were not amused by it the fans were. Those of us who were living the life, smoking weed and hanging out came to view it as one of the best movies pretty much ever. Even though a lot of us have grown up since 1995, it’s still fun to go back and reminisce about those times, and live streaming the film with Kevin Smith may be just the remedy to cure our boredom. Because of coronavirus we’re all pretty much on lock down so this will come as a nice break from reality. But we will also get the chance to donate and help out so that makes it even better.

Mallrats details the pointless story of T.S. (Jeremy London) and Brodie (Jason Lee), two suburban New Jersey slackers who decide to head to the mall in search of solace after being dumped by their girlfriends (Shannon Doherty and Claire Forlani, respectively). There the two young men machinate to appear on a game show being staged and also manage to meet comic-book magnate Stan Lee. However, complications arise when the girls show up.