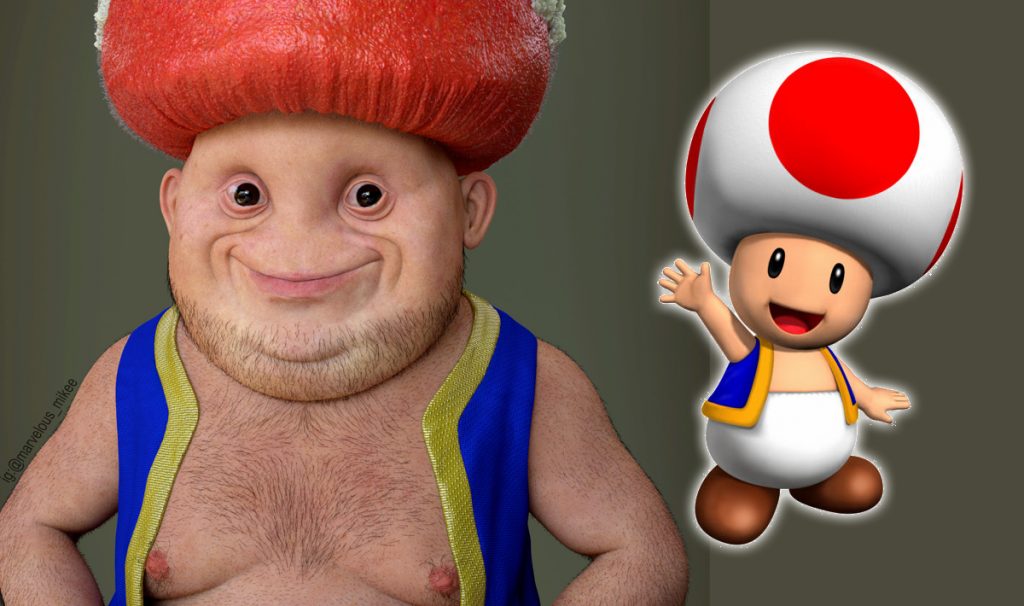 So let’s start off by saying after you see this you may wish you didn’t have eyes. That was my first thought anyway as I gazed on this nose-less figure that can only be described as nightmare inducing. It’s one thing to see a cute cartoon drawing and not put much thought into it. But now that we see it in a more human form it’s hard to imagine anything but Toad being a mouth-breather. Miguel Vasquez has created this monstrosity and now people on the web are going nuts trying to unsee it.

When you compare it to the one we’re used to seeing it’s a huge contrast from what we first imagined to be a cute pudgy little dude.

Though you do have to give Miguel props for being so dedicated in the execution of the art. You can tell he put a lot of work into this. Even if it’s not what society would normally call “pretty” art it is art in the sense that it makes you think. What it’s making me think right now? Toad is a mouth-breather. I mean it’s bad enough when you feel stuffed up and your sinuses are clogged. But for poor Toad he never had a nose to begin with.

You can follow the artist on Instagram @Marvelous_Mikee but also if this Toad creeps you out… you may not want to see what else he has created.

What do you think of this thing? Tell us in the comments if you like it or would rather have not seen it.