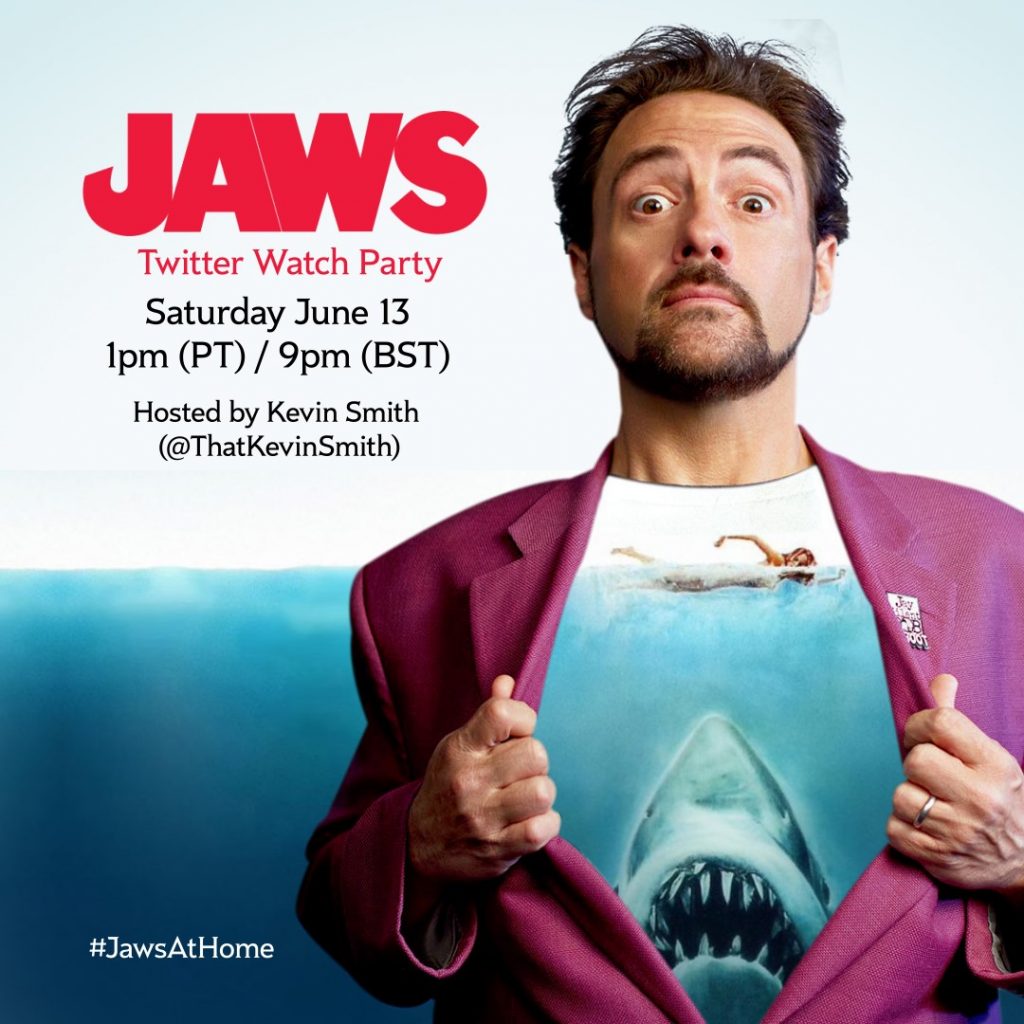 Dear Kevin Smith, thank you for knowing exactly what >this< writer needs this week. A celebration of the groundbreaking, genre-defining blockbuster “Jaws” on the 45th anniversary of it’s summer release.

Steven Spielberg‘s seminal film based on Peter Benchly‘s novel remains a touchstone of filmmaking. The main cast alone, Roy Scheider, Robert Shaw, and Richard Dreyfuss, keeps you engaged throughout. If you’ve ever seen it, this is the summer to do so.

We’re gonna need a bigger boat! On SATURDAY, watch JAWS with me on the flick’s 45th Anniversary as I Tweet along and tell tales of seeing this cinematic shark story for four decades! #JawsAtHome is the hashtag – and Amity, as you know, means friendship!

We also HIGHLY suggest picking up the newest “Jaws” 4k release, and a watch of the fabulous documentary, “Is The Shark Working?”

All 4 “Jaws” films are currently streaming on HBO Max.