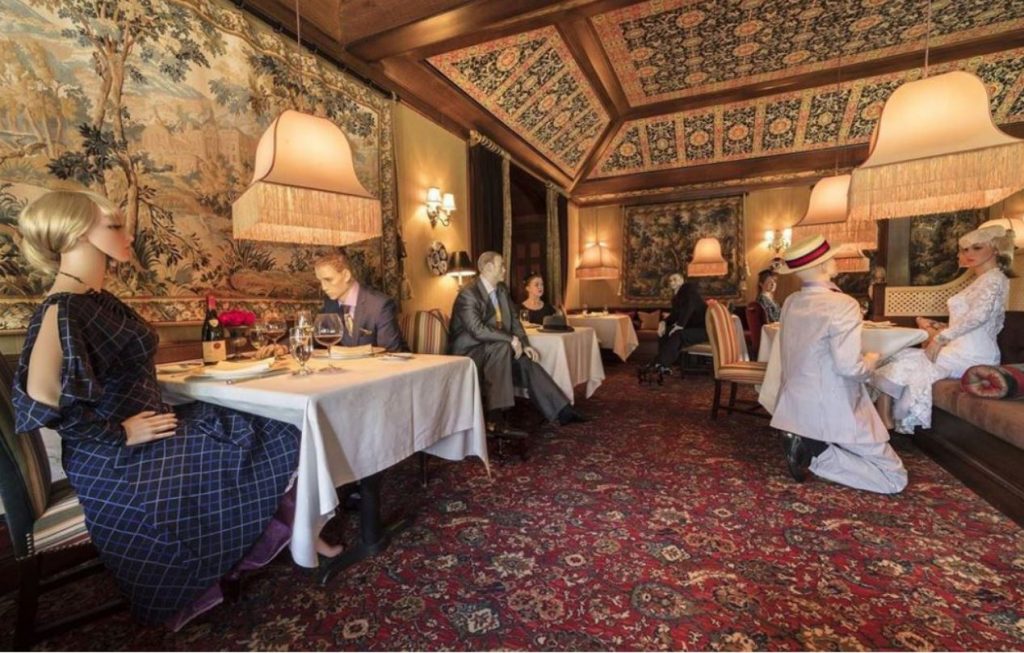 Creepy Social Distancing – How This Inn is Using Mannequins

Sooo… The Inn at Little Washington has decided to something new. They are using Mannequins to fill the space that would have normally been taken by real people. You know how sometimes you see a mannequin on the side of the road holding a sign for a company and it’s eerie and weird? Well think that feeling times one hundred.

The Inn shared on their official Instagram a picture of the lobby which is now filled with mannequin guests.

If you’re a fan of mannequins, then you’d probably want to head over that way and make a reservation. I at least know of one person who would want to stay there and they would feel right at home.

But if you’re a sane normal person maybe put this on the don’t visit list? I don’t know about you but since I was a kid I’ve had this irrational fear of inanimate objects coming to life. And then when I saw terminator and the machines came to life that sealed the deal.

The Inn at Little Washington is accepting reservations for after May 29th and will be cutting down the capacity per COVID-19 phase 2 restrictions. This will require them to operate at minimum occupancy which is a big reason they are using the mannequins to make it feel more full.

The Main Inn was originally constructed in 1905 by Edward Thornton and houses a total of 11 accommodations, 7 guestrooms and 5 suites, all named after Culinary Pioneers, with the exception of our most newly renovated suite, Room 6. Inspired by the Ritz Hotel in Paris, and designed by London set designer Joyce Conwy Evans, the suite was created from two smaller rooms and it has two beautiful marble and mahogany bathrooms, a double set of bay windows and a separate sitting room which can be closed off from the bedroom with enormous pocket doors. The rooms are all themed and actually very pretty. If you wanted to just disregard those extra bodies, you could and it would be a pretty nice place to visit.