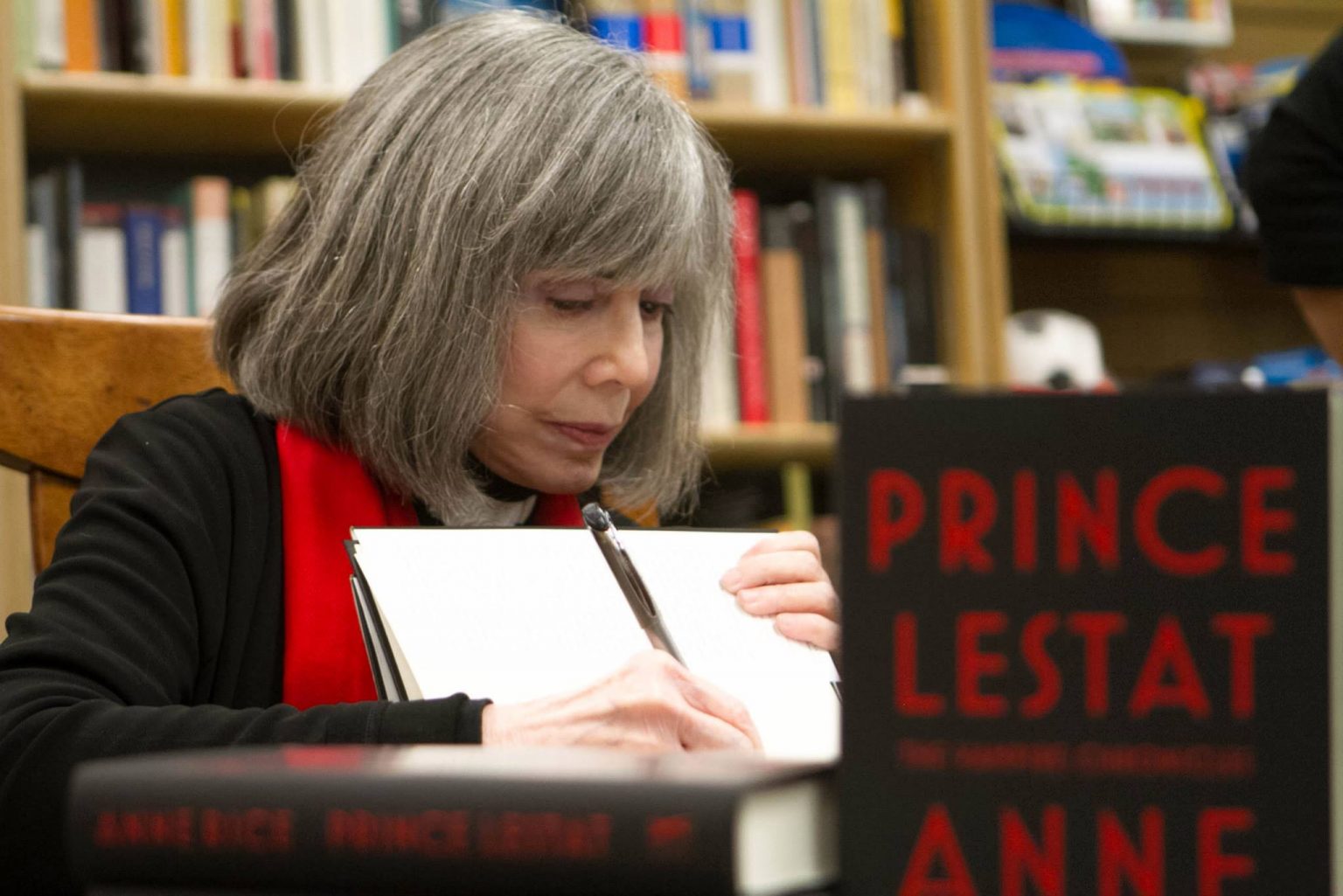 We are absolutely ecstatic to report that AMC Networks today announced they’ve acquired the rights to Anne Rice’s entire slate of “The Vampire Chronicles” and “The Lives of the Mayfair Witches.” Obviously, there is a lot to digest here with 18 different novels ripe for adaptation.

Rolin Jones (“Friday Night Lights,” “Weeds“), who recently signed an overall development deal with AMC Studios, will be directly involved in developing projects based on the Anne Rice catalog for television.

“It’s always been my dream to see the worlds of my two biggest series united under a single roof so that filmmakers could explore the expansive and interconnected universe of my vampires and witches. That dream is now a reality, and the result is one of the most significant and thrilling deals of my long career,” Anne Rice said in a statement about the news.

“There is no shortage of content in today’s competitive environment, but proven IP that has captivated millions of fans around the world is something very special and rare, and that is what Anne Rice has created,” Sarah Barnett, president of AMC Networks Entertainment Group and AMC Studios, said in a statement. “These remarkable stories and characters are massive in their appeal and we are privileged to take over stewardship of these legendary works and collaborate with a talent like Rolin Jones to find ways for new generations of fans to experience these worlds.”

“AMC Studios is responsible for creating some of the most iconic television series of the modern era and has, at times, single-handedly defined this era we call ‘peak TV,’” Christopher Rice (author, who is Anne’s son and frequent collaborator) said in a statement. “All the members of Team Anne, including my long-term producing partner, New York Times Bestselling novelist Eric Shaw Quinn, are both thrilled and comforted to know that some of our most cherished kin, from the vampire Lestat and the witch Rowan Mayfair, to the paranormal investigators at the Order of the Talamasca and the powerful spirit Lasher, are now safely in the hands of these vastly accomplished innovators who possess both global reach and deep reservoirs of experience.”

We will let you know as soon as we hear any news about possible casting and timelines for these projects. Expect some fancastings!